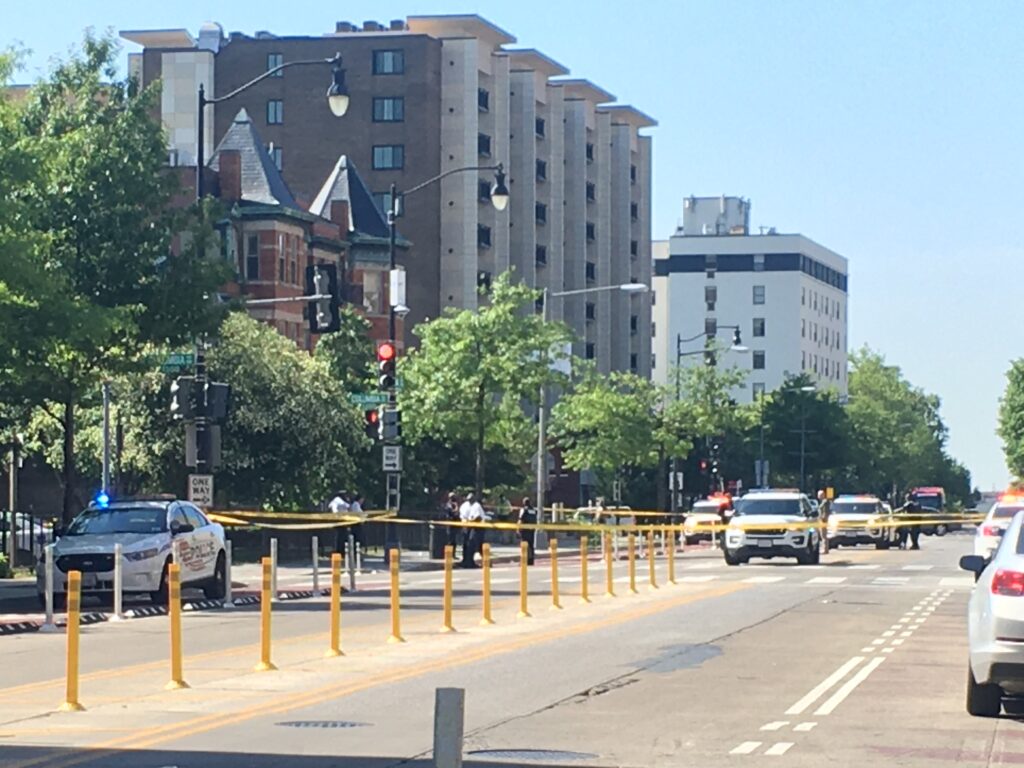 “Detectives from the Metropolitan Police Department’s Third District seek the public’s assistance in identifying suspects in reference to an Assault with a Dangerous Weapon (Gun) offense that occurred on Tuesday, May 18, 2021, in the 1300 block of Columbia Road, Northwest.

At approximately 8:51 am, two suspects exchanged gunfire at the listed location then both suspects fled the scene. An uninvolved adult male victim sustained a gunshot wound. DC Fire and EMS responded to the scene and transported the victim to a local hospital for treatment of non-life threatening injuries.

The suspects were captured by a nearby camera and can be seen in this video:

More Stories
Today’s Rental was chosen for the balcony and it has a Washer/Dryer, Dishwasher and Free ParkingYour Afternoon Animal Fix – AdoPtville