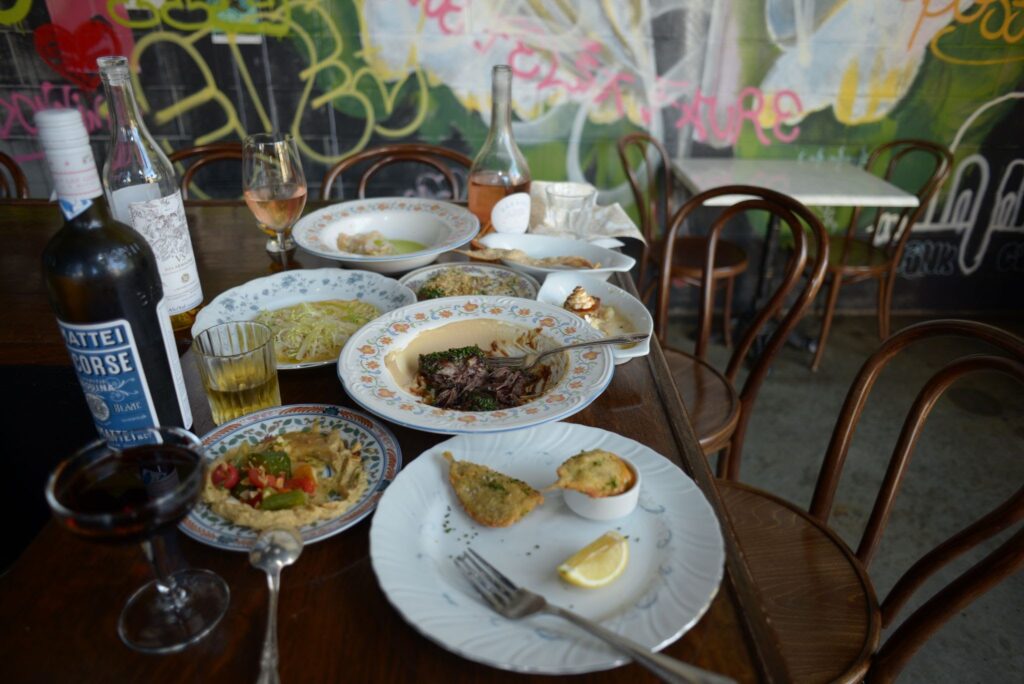 “After a few difficult months of hibernation, we are happy to announce that we are officially back! But that’s not even the best part.

This past year was a tough one to say the least, but through these hard times, your love and support shined through, and we cannot be more grateful to be able to serve you back again in a safer environment.
As of today, we are open every Thursday through Sunday, from 5pm (and 4pm on weekends) to close.

We are slowly rebuilding La Jambe with the goal to start serving brunch soon, re-launching wine tastings and events, as well as opening a streatery next weekend that will add more seating outdoors, and eventually to be open daily again.

The other exciting news is that we can now introduce our new Executive Chef and a truly exciting new menu!

Chef D’Angelo Mobley (center) is putting his spin on our modern French bistro food, bringing his years of fine dining experience to La Jambe. Chef D’Angelo was born in Maryland and moved to North Carolina where he was first inspired to cook at his mothers southern styled restaurant, ‘Raphael’s Kitchen.’ At the age of 19, Chef D’Angelo started his first cooking job at Carolina Kitchen–and a year later he started his fine dining career here in DC at Maketto. He has since worked at American Son and Shibuya Eatery, where he was mentioned in a Washington Post article. 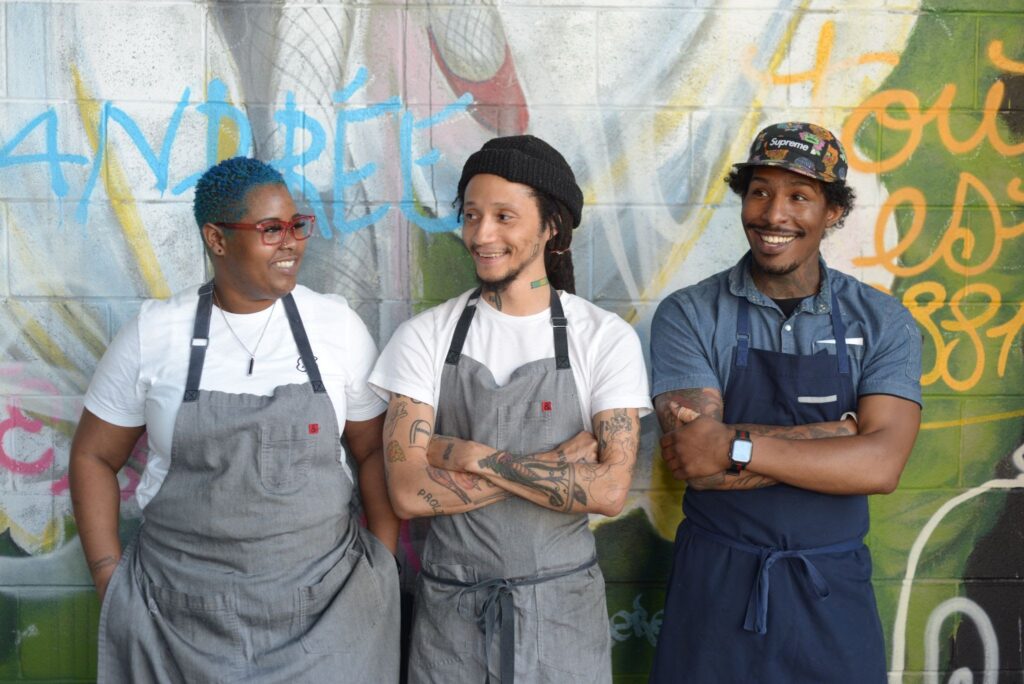 Menu
Mobley and his team will drive a rotating modern bistro menu that’s big on flavor. No point throwing nonsense food buzzwords at you though–take a look and come try it yourself.