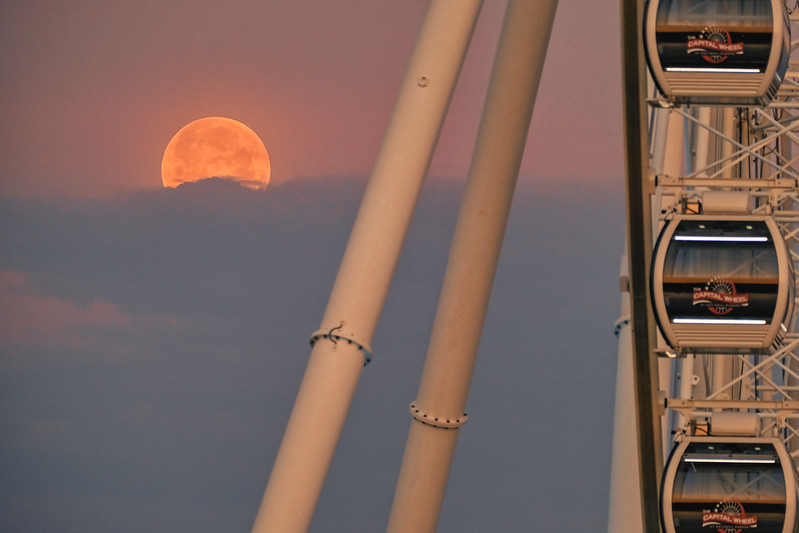 “Our population has exploded over the past decade as more people recognize DC as one of the hottest places in the nation. People know that DC is a welcoming and diverse hub of opportunity – a place that has something for everyone,” said Mayor Muriel Bowser. “Of course, even with more American citizens living in DC than in two other states, the one thing we still don’t have is a vote in Congress. Today’s results confirm what we know, what the U.S. House of Representatives knows, and what the White House knows – it is past time to make Washington, DC the 51st state.”

For over a year and a half, the DC Census team, comprised of government and community partners, engaged with residents in all eight wards to complete the 2020 Census. Even with the challenges of the COVID-19 pandemic, the team turned to new and creative ways to reach residents, particularly those considered hard-to-reach. These efforts were complicated by not just the pandemic, but also other unforeseen disruptions to Census operations that may have interfered with the count.

“While we celebrate this tremendous growth, we also know residents of the District are more likely to be undercounted than other states,” said Andrew Trueblood, Director of the DC Office of Planning. “We will review these numbers carefully to make sure everyone who calls the District home was appropriately counted in this unprecedented Census and ensure we receive the representation and federal funding we deserve for schools, housing, health care, and other programs that help us thrive.”

The federal government uses Census data to distribute more than $6 billion annually to the District for vital programs such as Supplemental Nutrition Assistance Program (SNAP), Section Eight Housing Choice Vouchers, Children’s Health Insurance, and Low-Income Home Energy Assistance. Accurate and complete census data is critical to COVID-19 recovery efforts as well. Census data plays an important role when making budgeting and planning decisions across all District agencies. Additional 2020 Census data will be released over the coming months and will be used by the DC Council to update ward and ANC boundaries.

More Stories
“Flight is not for everyone. It’s for those who believe in science.”Revisiting roll up garage doors