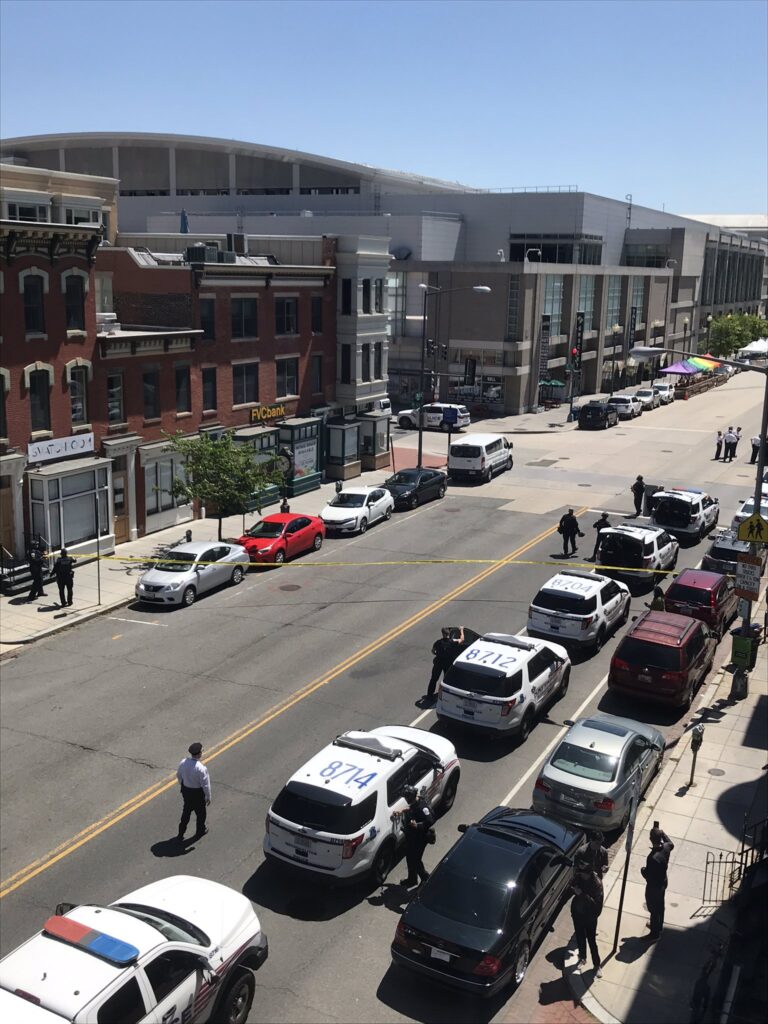 Update 2:27pm residents report: “They just removed the guy from his apartment, he came out with his hands up. Looks like they will be leaving soon.”

“There’s a huge police presence in the colonel apt building on 9th and N, including at least six cops with a riot shield and a chopper circling overhead. I heard them knock on a door in the bldg and yell “come out with your hands up” but no one has come out yet.“

A reader replies on twitter: “MPD says this is a barricade situation. Man at this location has barricaded himself in his apt. Police trying to talk him out” 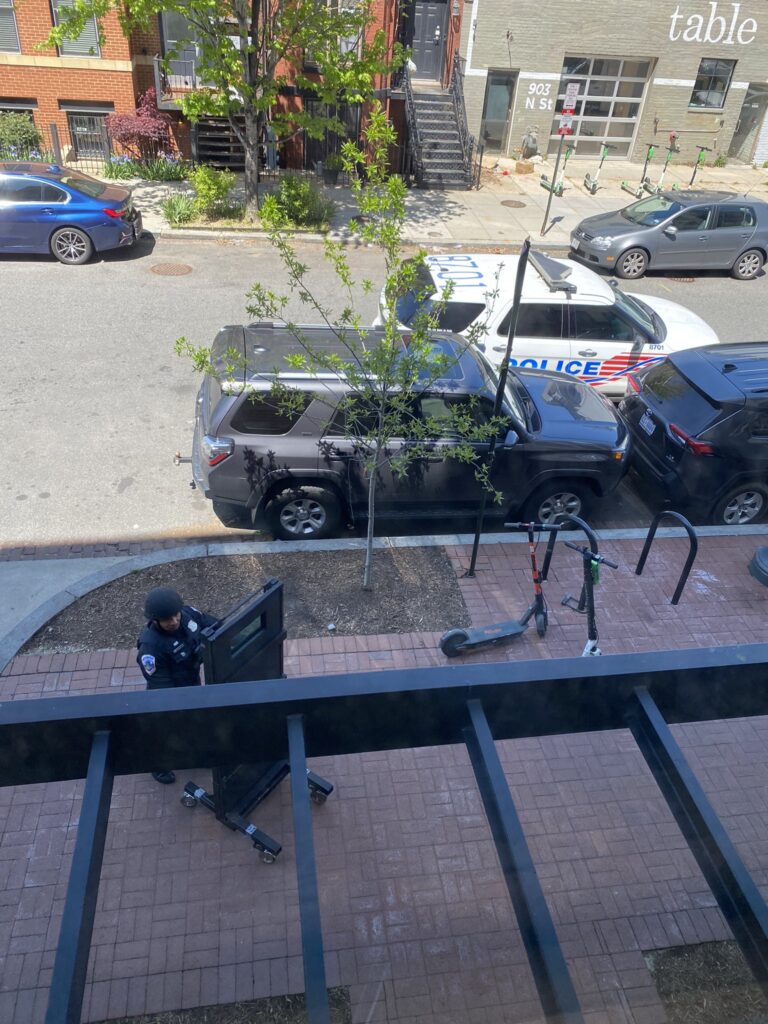 Update 2:11pm: I’m also told the residents in the building at 9th and N St, NW have been given a temporary shelter in place order.

A reader reports: “Police quickly escorted all outdoor diners at Unconventional Diner into the restaurant about 45 minutes ago. Nobody is allowed to enter or leave.”

Update: 227pm resident reports: “they just got him out” 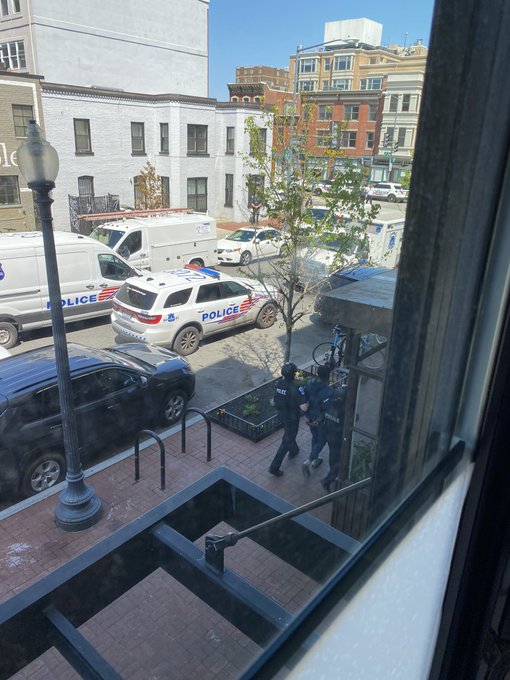 “MPD reports the following locations are closed until further notice due to police activity. 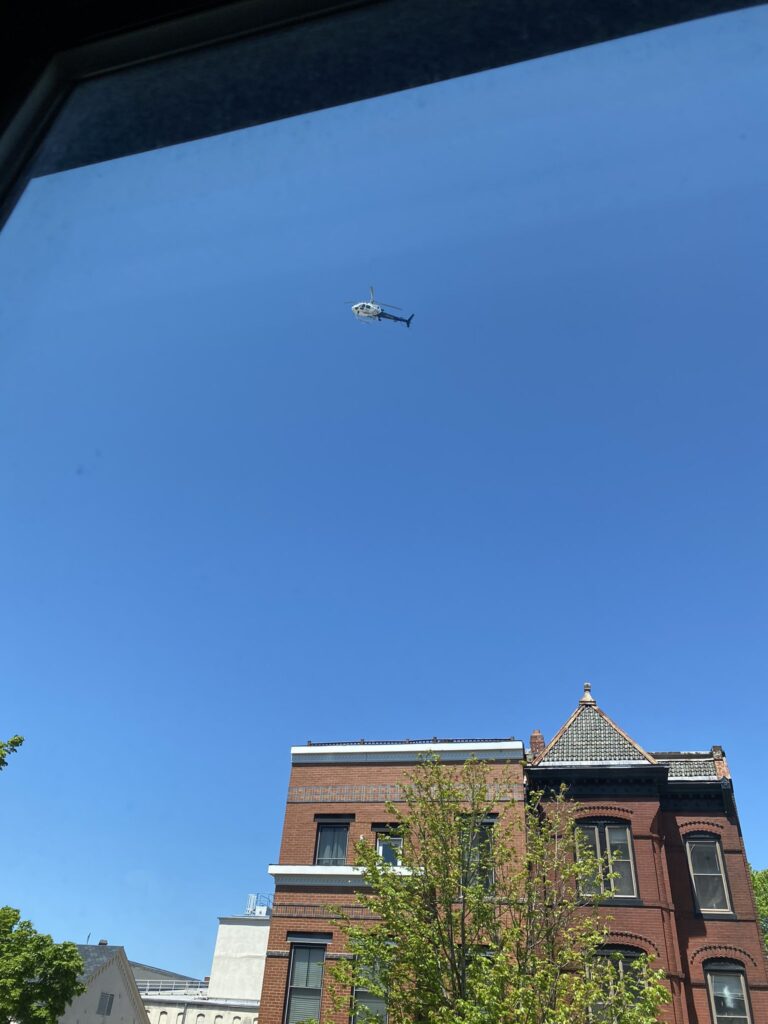 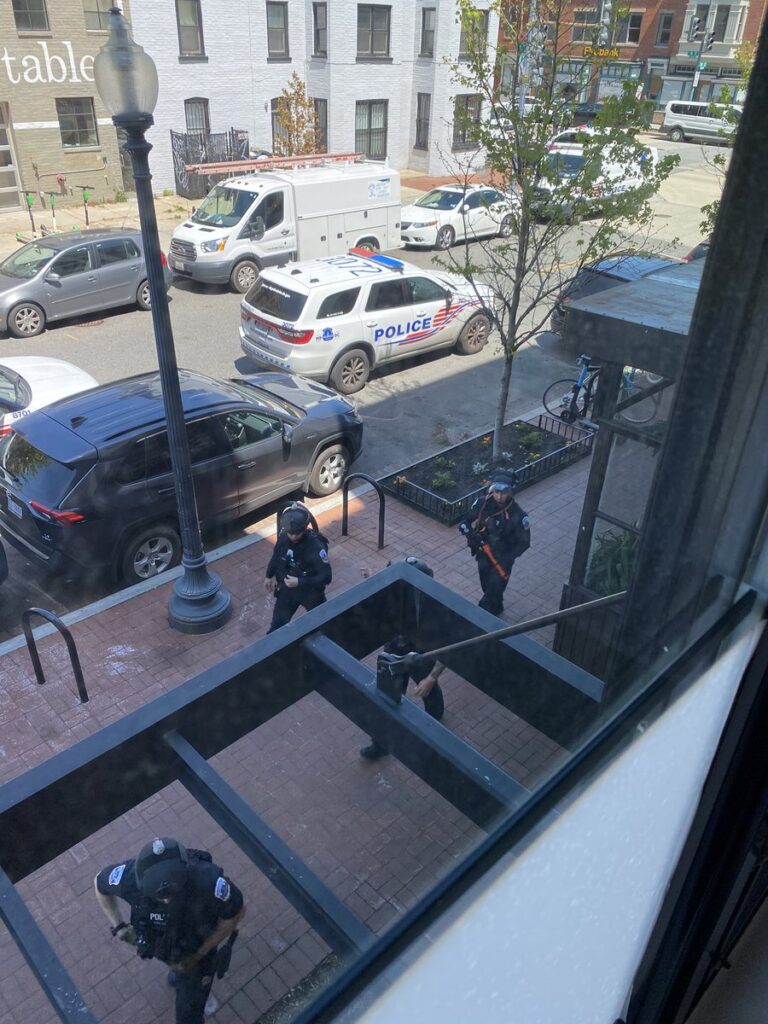