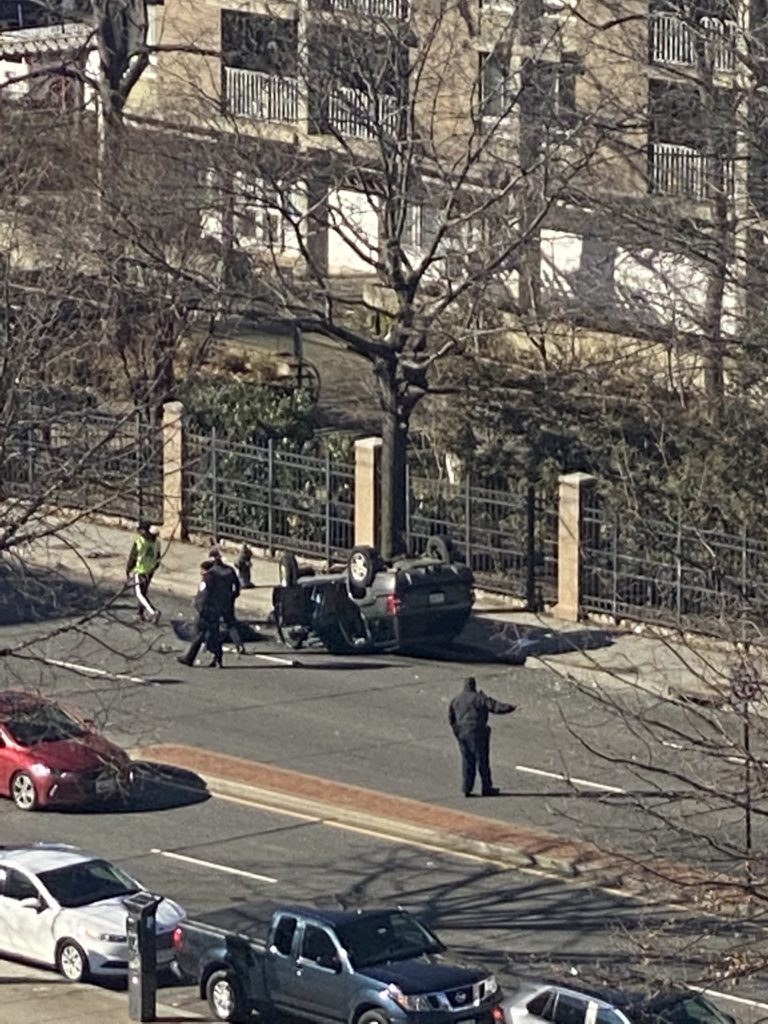 Update: “MPD reports the following roads are closed until further notice due to a vehicle crash.

Watch for MPD directions and please use an alternate route.”

A reader reports: “Just happened a few moments ago. They don’t appear to be trying to extract anyone. Traffic delays building. There does appear to be a guy sitting on the sidewalk so he might have been the driver. All traffic is being routed down M or Pierce. North Cap is shutdown for that block.”

Another view from Louis: “Car flipped at north cap just now. Heard the screech. First responders just got there but seems like no one is stuck in the car.”

Read more →
More Stories
“Sign of the Whale Has Returned”“Twice a year, you may experience some degree of television interference due to ‘sun outages.'”