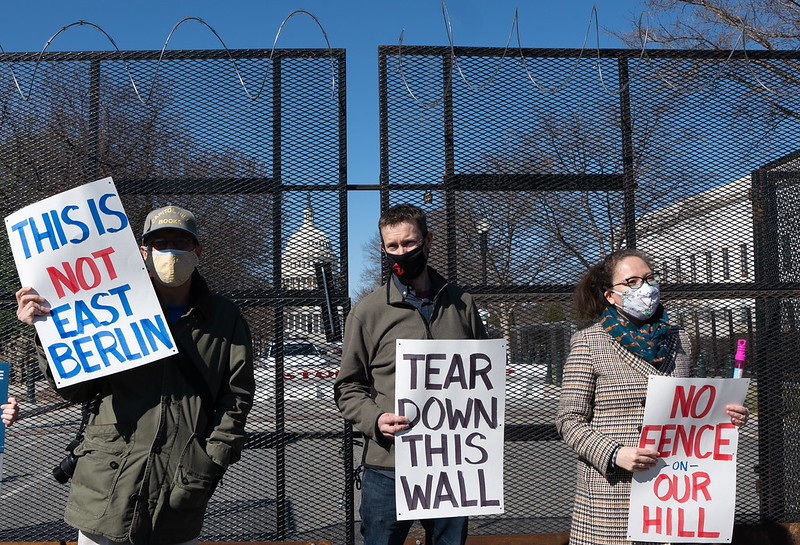 “Congresswoman Eleanor Holmes Norton (D-DC) said today that the fencing around the Capitol complex will begin to be scaled back due to a lack of known, credible threats. Norton introduced a bill in February to ban permanent fencing at the Capitol complex and has been an outspoken advocate of removing the razor wire and slowly taking down the fencing, preferring to instead rely on state-of-the-art security options and better intelligence to prevent attacks like the one incited by former President Trump on January 6th.

“Finally, the fencing around the Capitol complex is beginning to come down, representing an enormous victory for D.C. residents and the American people,” Norton said. “This week, the Architect of the Capitol and the Capitol Police will move the inner fencing around Capitol Square closer to the Capitol, which will allow more pedestrian access to the sidewalks and walkways. Next week, the outer perimeter fencing will be removed. I’ll keep fighting to remove all of the fencing.

“It’s the year 2021, and we should not be relying on security theater based on 19th-century ideas when state-of-the-art options and cooperation among security forces could have prevented the events of January 6th.”