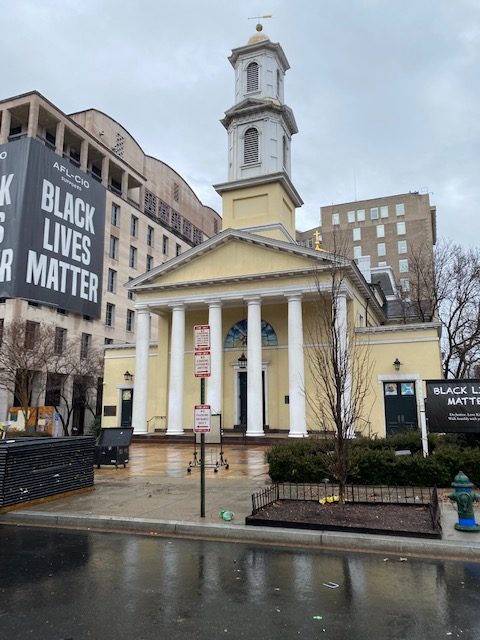 Thanks to Terry for sending for sending the latest from St. John’s Church near the White House. The fencing went up late June.

You can read the church’s full remarks when the fence went up here. 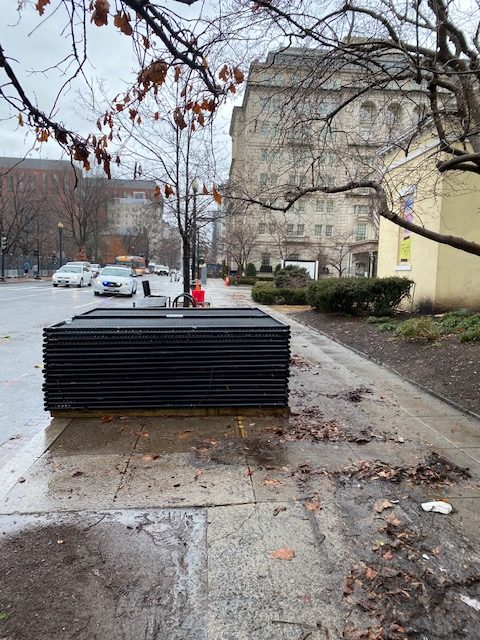 “The Downtown Cluster of Congregations welcomes the removal of the fencing today that had surrounded St. John’s Church, Lafayette Square since last summer.

“It is a new day, and a better one”, says Terry Lynch, Executive Director of the Downtown Cluster of Congregations.”The fencing was a symbol of the divides that tore apart so much of the country last year”, he said.. “Hopefully more of these security fences that have come to be so visible and synonymous with our Capitol City can also be removed:, he said.”