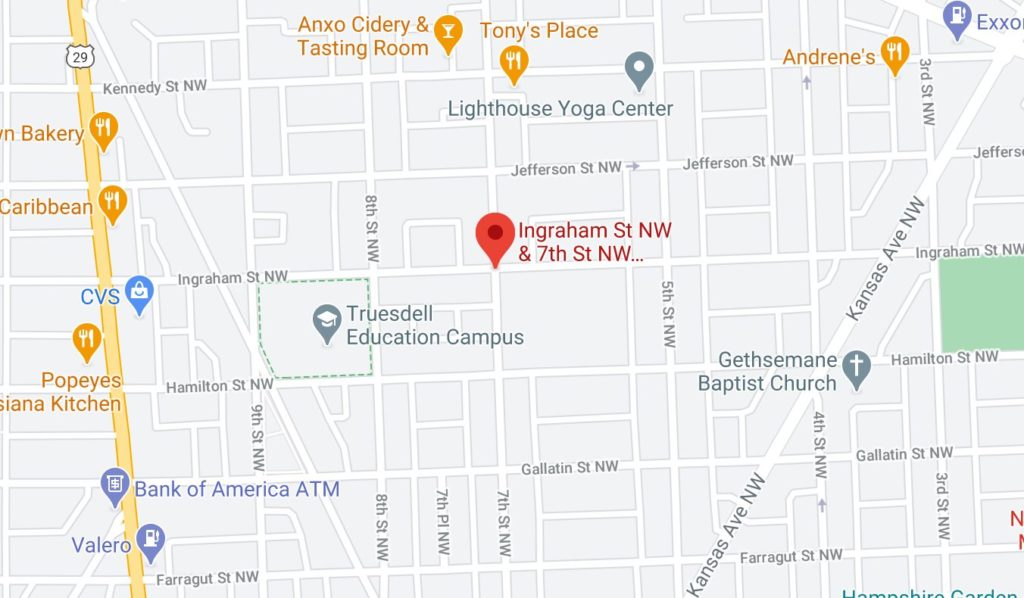 Update from MPD: “This case was closed with the arrest of two subjects. Great work by the Fourth District officers and Detectives to take two dangerous individuals off the streets of DC!”

A reader first reported: “About a dozen shots fired towards Kennedy and 5th at 5am. Now the chopper is circling.”

“The Fourth District is investigating a shooting that occurred at 7th and Ingraham Street NW, on March 13, 2021, at approximately 5 am. The victim was struck twice by gunfire and is being treated at a local hospital. This case is being investigated by the Fourth District Detectives Office. Anyone with information or video is asked to call the Metropolitan Police Department at 202-727-9099.”

Read more →
More Stories
“If these metrics are not reliable, that calls into question the FAA’s entire framework of regulations and programs to reduce aircraft noise.”“feeling really grateful for the petworth community and the folks who work at cinder bbq”