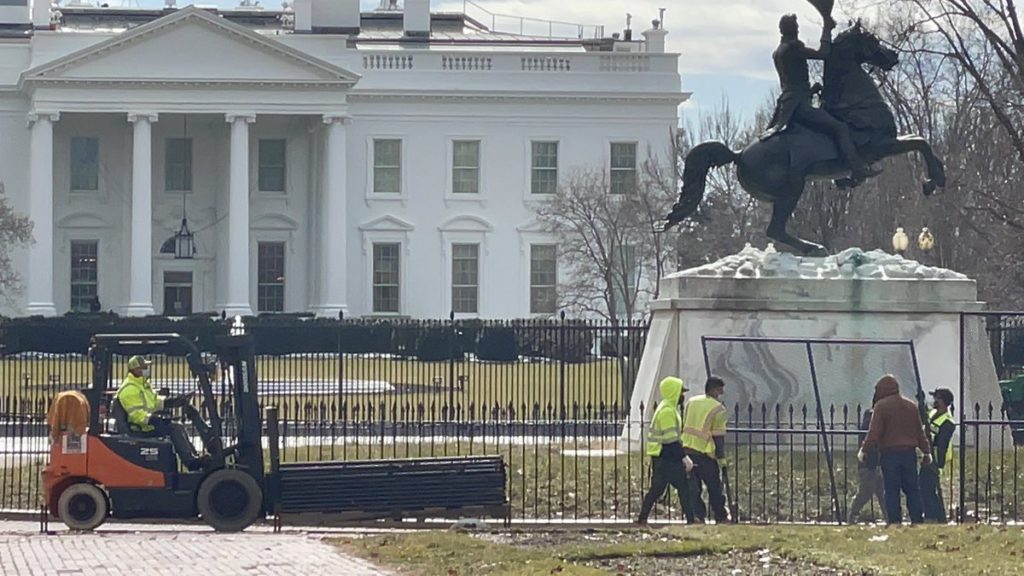 Thanks to Andrew for sending: “Work crews removing a secondary fence at the White House today. Could we soon see access to Lafayette Park once again?”

And the latest from Congresswoman Eleanor Holmes Norton’s office:

“Congresswoman Eleanor Holmes Norton (D-DC) sent a letter to the Capitol Police Board requesting that the public have access to the outdoor spaces of the U.S. Botanic Garden that remained open to the public after COVID-19 pandemic restrictions were instituted at the U.S. Capitol complex but were closed after the attack on the Capitol on January 6, 2021.

“Even if security concerns justify the current temporary fencing around the Capitol and the surrounding office buildings, the outdoor spaces of the Botanic Garden are far enough from such buildings that there would seem to be no security justification for keeping them closed to District of Columbia residents and visitors,” Norton said.

Norton has been an outspoken critic of the razor wire on the fencing that was put up after the attack. During a recent town hall hosted by Norton to discuss the impact on D.C. residents of the insurrection and the resulting security measures, constituents raised concerns about the fencing, including the unnecessary fencing surrounding beloved sites like the Botanic Garden.

Norton has introduced legislation to prohibit the installation of permanent fencing at the Capitol complex and has, on numerous occasions, urged the Capitol Police Board to remove the temporary fencing as soon as possible.

The letter is here.”

Read more →
More Stories
Your Afternoon Animal Fix“Why does the monument have this streaking?”