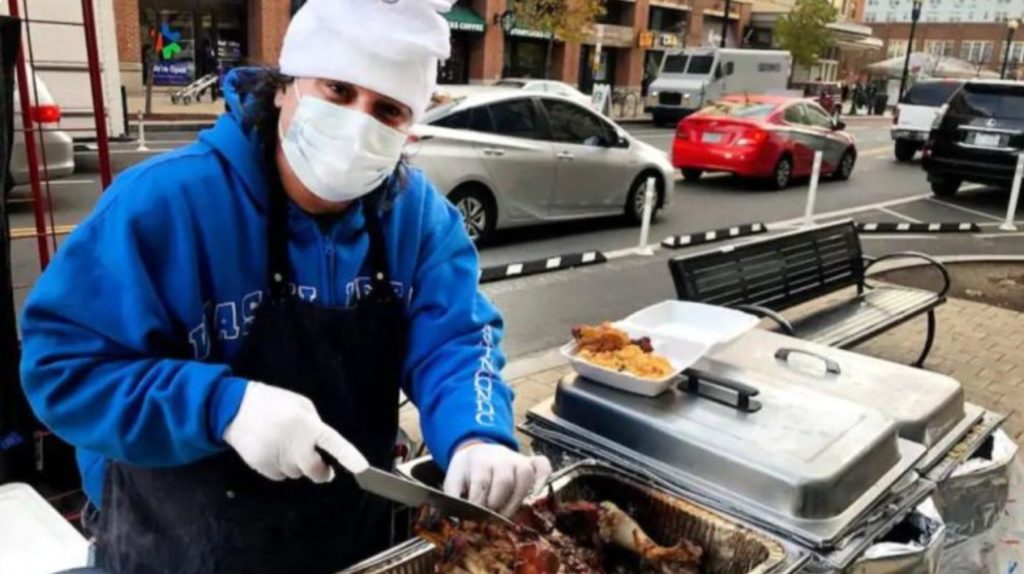 Thanks to Sarah for passing on this GoFundMe:

“After losing his job at the Convention Center in March, Eliezer Albino began selling Puerto Rican food from catering pans on the street in Columbia Heights. His cooking has attracted praise on PoPville (“great empanadas and roast pork … [g]ive it a chance if you’re passing by!”), as well as The Washington Post (“his customers are regulars and passersby who can’t resist the smell”). With the money he made in the fall & early winter, Eliezer was able to stay afloat, and even ensure his 10-year-old son – who contracted COVID-19 last year – could have something resembling a normal Christmas holiday.

Two weeks ago, Eliezer stepped away from his gear, and when he returned, he found it thrown into a dumpster, bent out of shape, and almost entirely unsalvageable, destroying what was already his ‘plan b.’