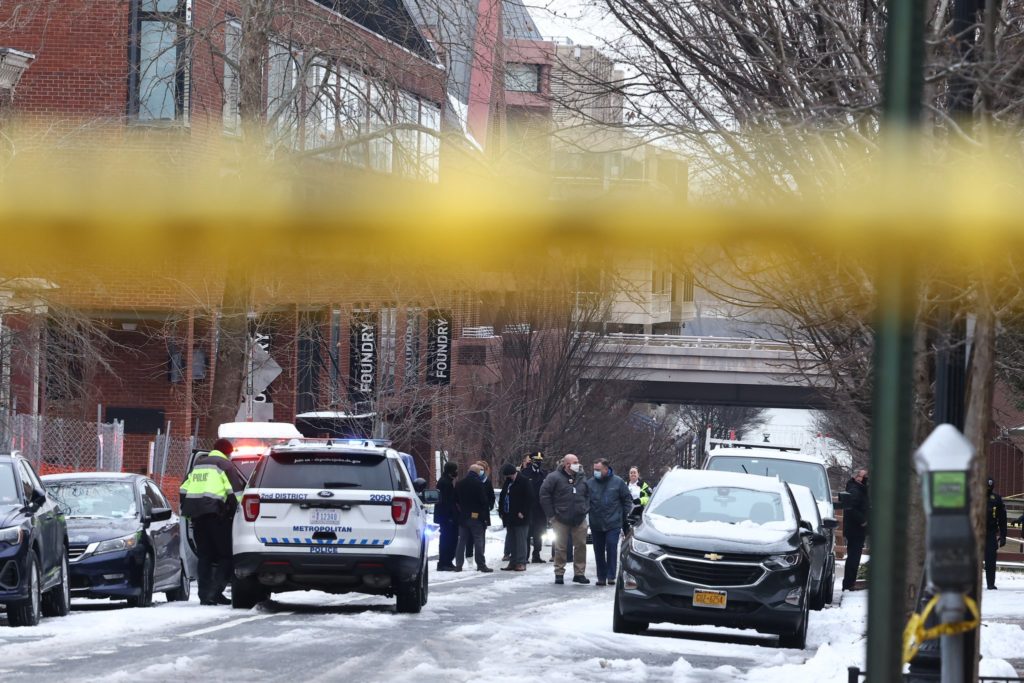 Photo by Harrison Jones “Scene of a likely fatal daylight shooting on the 1000 block of Thomas Jefferson Street in Georgetown, near M Street NW”

Update from MPD: “Alert: Shooting Investigation a in the 1000 block of Thomas Jefferson St NW. Lookout for 3 B/M’s 1 with blue and green short sleeved shirt, 2 all dark clothing

From AlertDC: “MPD reports the 1000 block of Thomas Jefferson Street NW, between M Street and K Street NW, will be closed until further notice due to Police Activity.”

“Any idea what’s going on in Georgetown @PoPville? 11-12 #MPD vehicles just flew down Wisconsin Ave. Not an escort.”