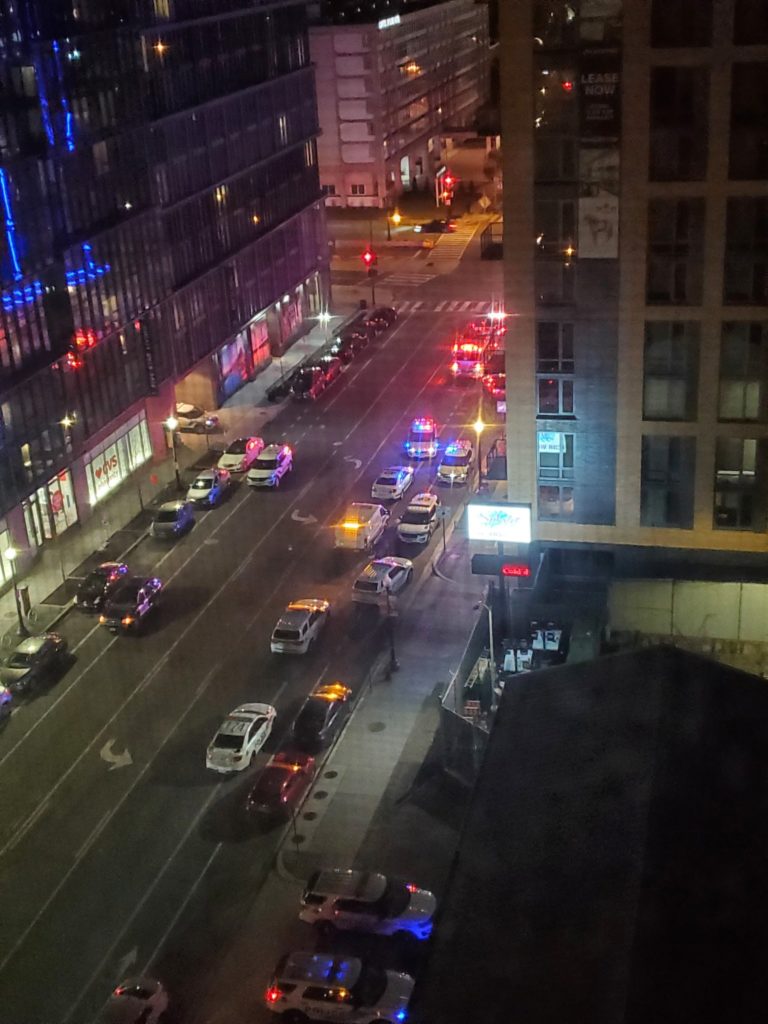 South Capitol and I Street, SE. Photo by Bo Shuff

“The First District is currently investigating a shooting that occurred in the Unit block of I Street, Southeast. At approximately 7:40 pm two African American suspects approached two victims in the garage of the building. One of which brandished a handgun. The suspects took the victims’ wallets and other belongings.

In the commission of the crime, one of the victims was shot in the lower extremities.

The suspects fled in an unknown gray sedan.

Anyone with information about this case is asked to contact Command Information Center at 202-727-9099 or you may text your information to 50411.”

“Dear PoPville, Anyone know whose enormous boat was docked at The Wharf Sunday? Thanks!”