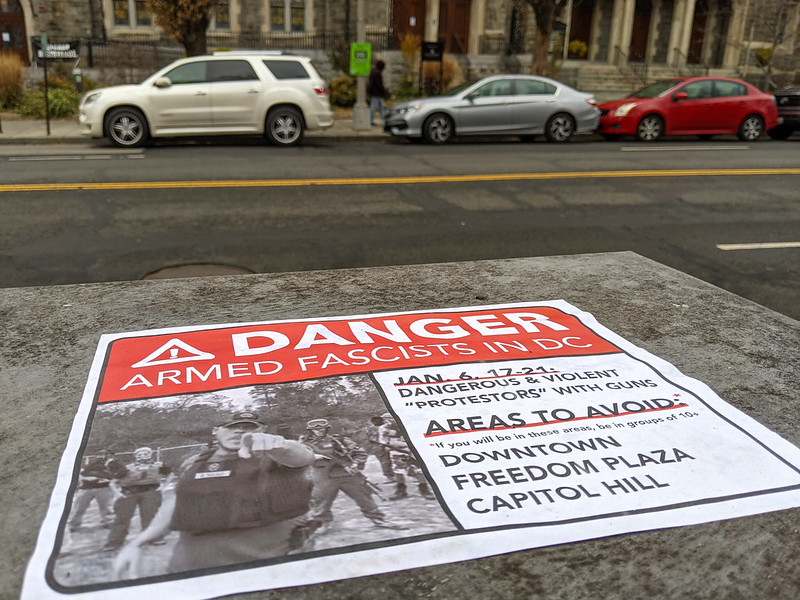 “Today, First Amendment protests turned violent. Many persons came to the District armed and for the purpose of engaging in violence and destruction and have engaged in violence and destruction. They have fired chemical irritants, bricks, bottles, and guns. They have breached the security of the Capitol and their destructive and riotous behavior has the potential to spread beyond the Capitol. Their motivation is ongoing.

Today, they sought to disrupt the Congressional proceedings relating to the acceptance of electoral college votes. President Trump continues to fan rage and violence by contending that the Presidential election was invalid. Persons are dissatisfied with judicial rulings and the findings of State Boards of Elections, and some persons can be expected to continue their violent protests through the inauguration.