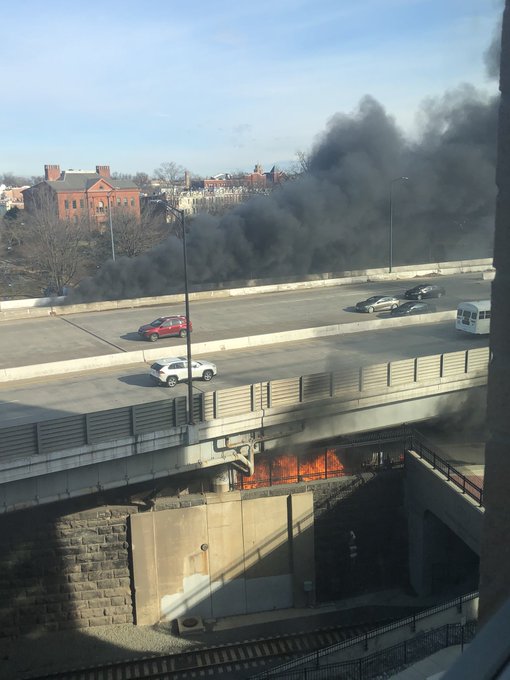 “Around 10 am this morning I heard some pops, saw this fire burning underneath 395 outside of the Capitol South Whole Foods. Our homeless neighbors live under there. Praying no one was in the vicinity when the fire started. Authorities/fire department on scene” 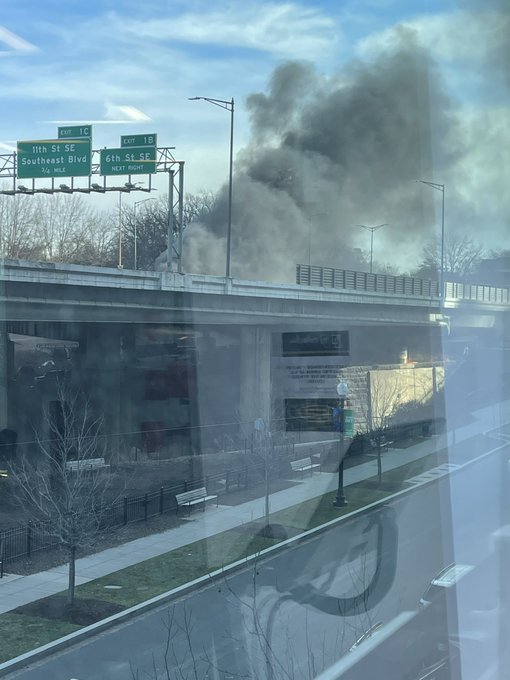 Update from DC Fire and EMS: “#DCsBravest responded to an outside fire in the 100 block of H St SE that has been extinguished. There were no injuries. This accounts for smoke that many have seen.”

Thanks to all for reporting around 10:15am.

“Looks to be a car fire on 695? Tons of black smoke coming up from North Navy Yard.” 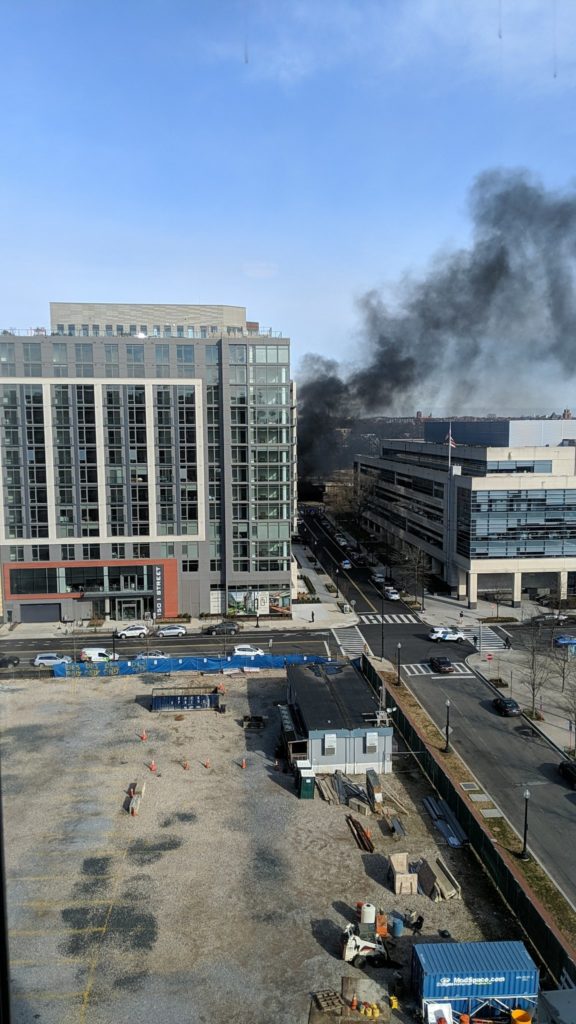 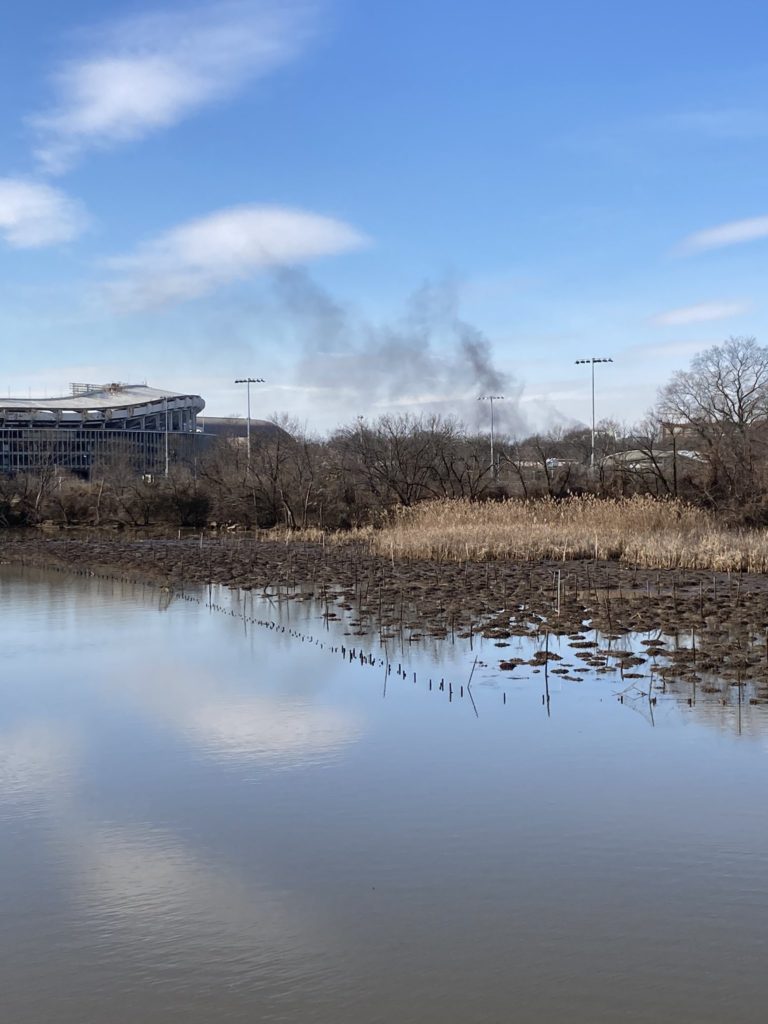 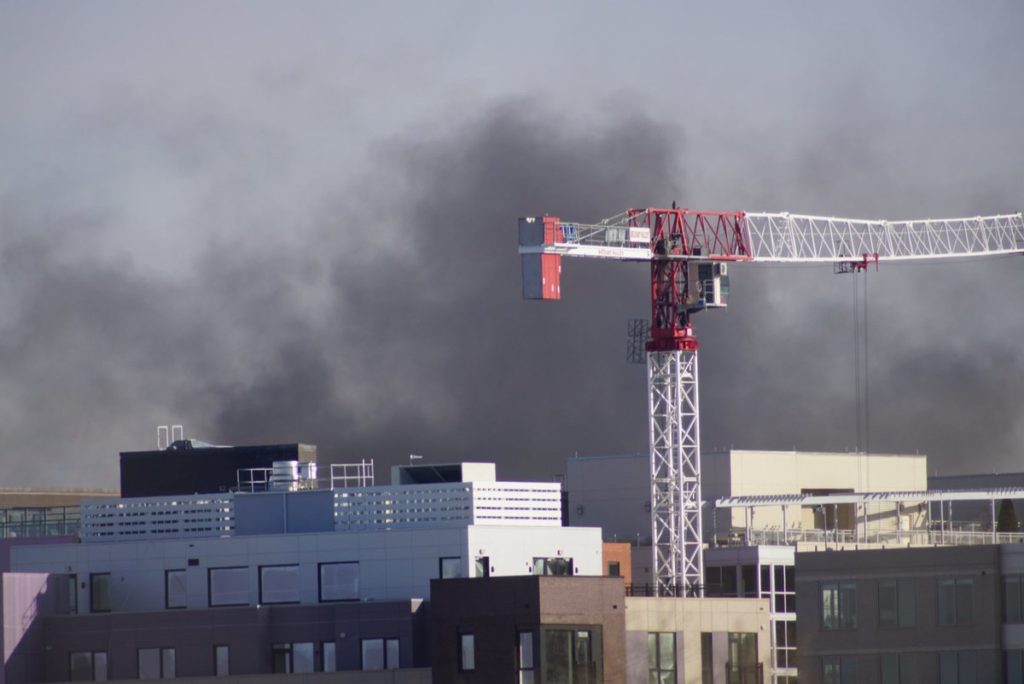 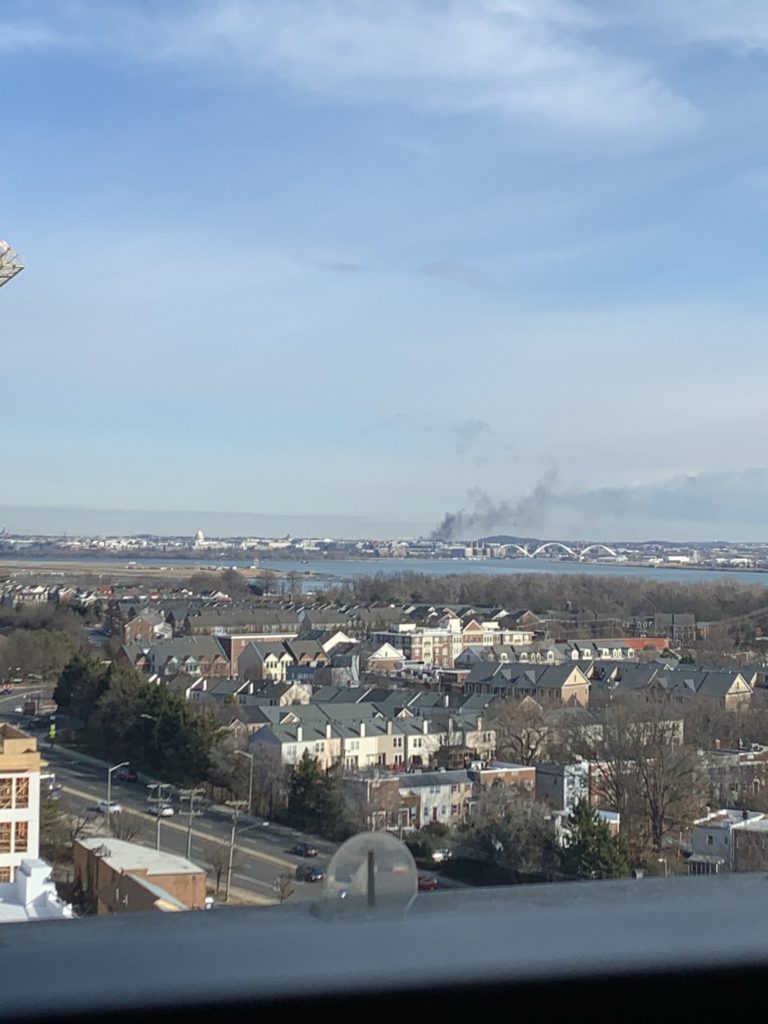 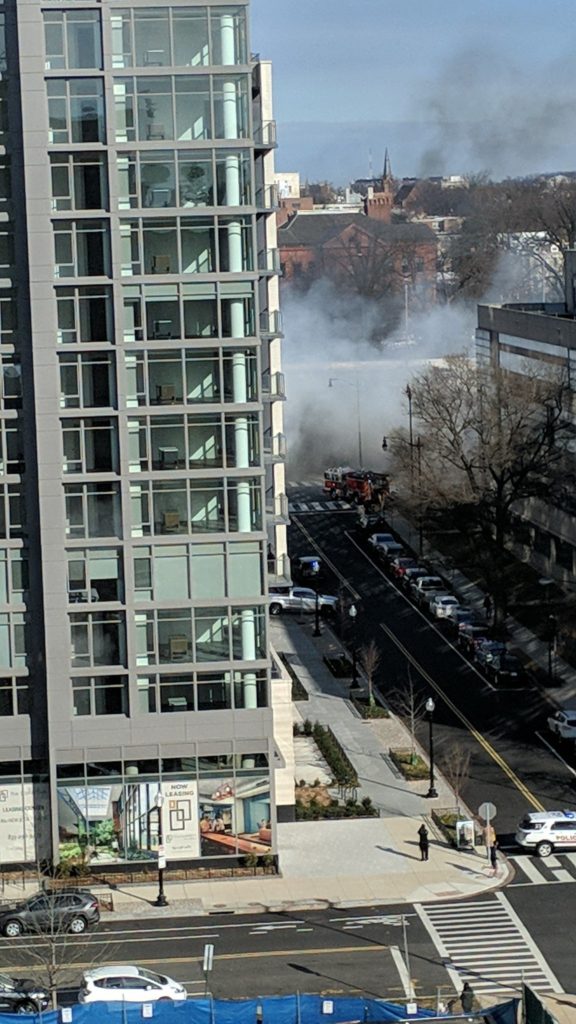