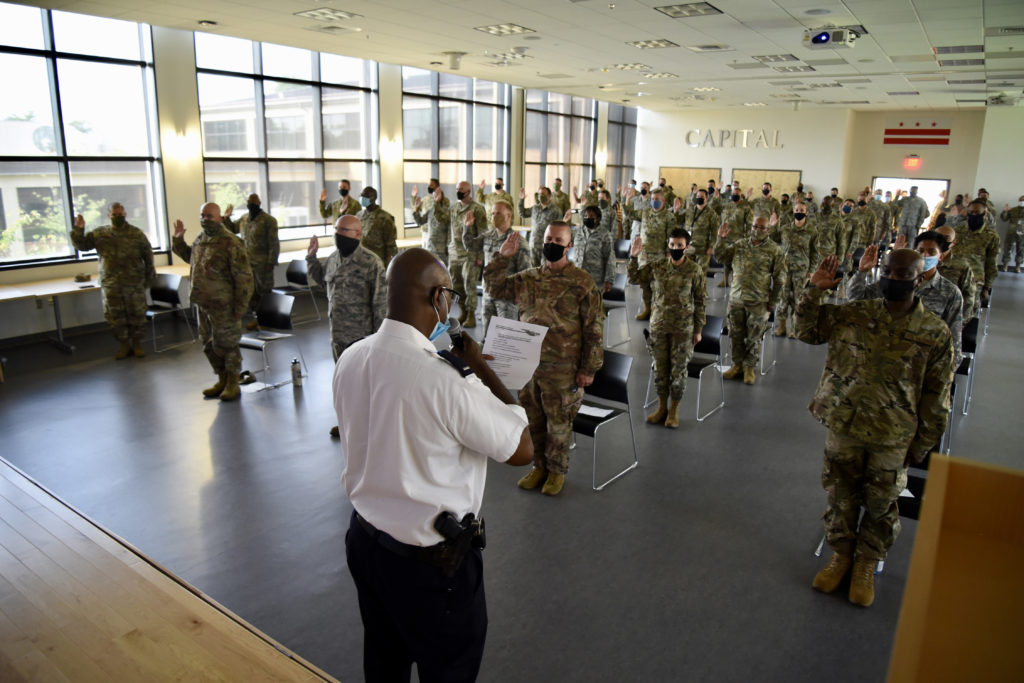 From the D.C. National Guard:

“The District of Columbia National Guard (DCNG) is activating several hundred personnel today to support the city government during expected demonstrations this week.

Capital guardsmen have been requested by Mayor Muriel Bowser and Dr. Christopher Rodriguez, director of the D.C. Homeland Security and Emergency Management Agency, on behalf of the D.C. Metropolitan Police Department and D.C. Fire and Emergency Services.

Approximately 340 personnel will support the city government Jan. 5 to 7 by providing crowd control at several Metro stations and assist police with street closures at multiple intersections to provide safety in and around pedestrian areas.

“At the request of Mayor Muriel Bowser, the District of Columbia National Guard is in a support role to the Metropolitan Police Department which will enable them to provide a safe environment for our fellow citizens to exercise their first amendment right to demonstrate,” said Maj. Gen. William J. Walker, Commanding General of the D.C. National Guard. He added, “Our main mission is augmenting select traffic control points and metro stations identified by MPD.”

The D.C. National Guard remains strong with soldiers and airmen available to execute its requested missions. Capital guardsmen reside within the District of Columbia, Maryland and Virginia, and are proud to be from the communities they protect and serve.”