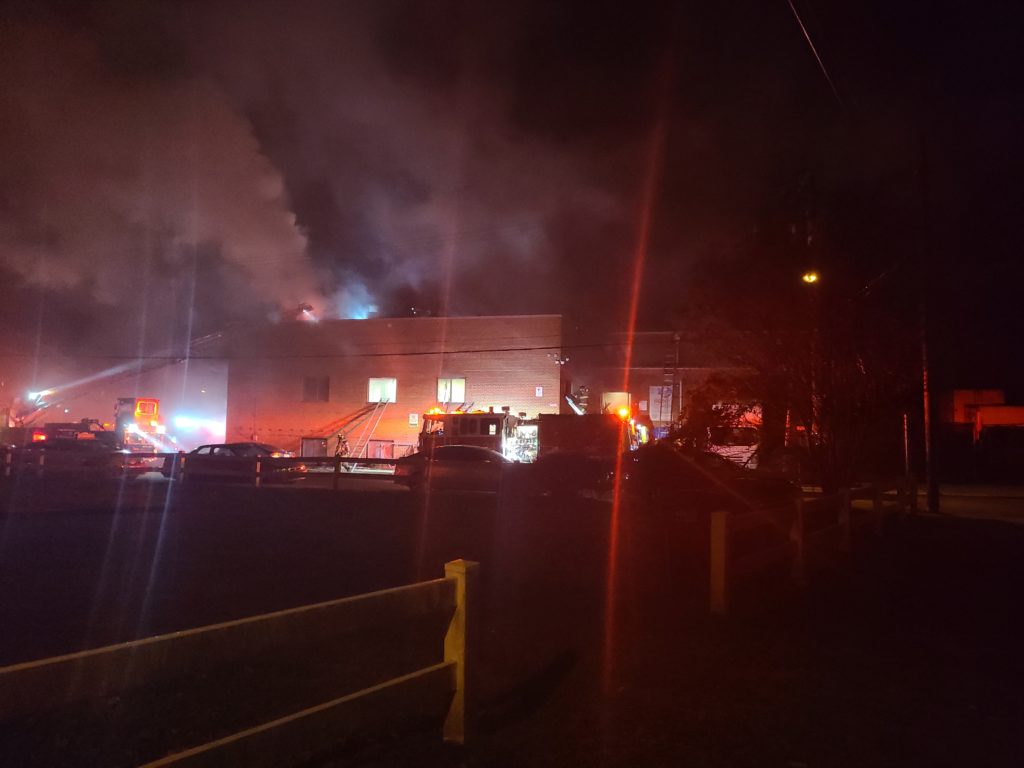 Kyle reports at 1:09am: “Massive building fire with multiple trucks responding. Metro linen service and other businesses located at the corner of Van Buren st and Sandy Spring NW.”

“Update Working Fire 200 block Van Buren St NW. #DCsBravest have knocked down a significant volume of fire on 2nd floor via an aggressive interior attack, but now have fire in concealed space between ceiling and roof, known as a cockloft.”

“Update Working Fire + 200 block Van Buren St. All exterior streams have been shut down. It appears fire is out other than isolated hotspots. Approximately 15 units and 75 personnel have battled this blaze for almost 4 hours with no injuries reported.”

“#DCsBravest on Van Buren St NW are again operating two outside streams to hit remaining hotspots. This will be an extended operation.”