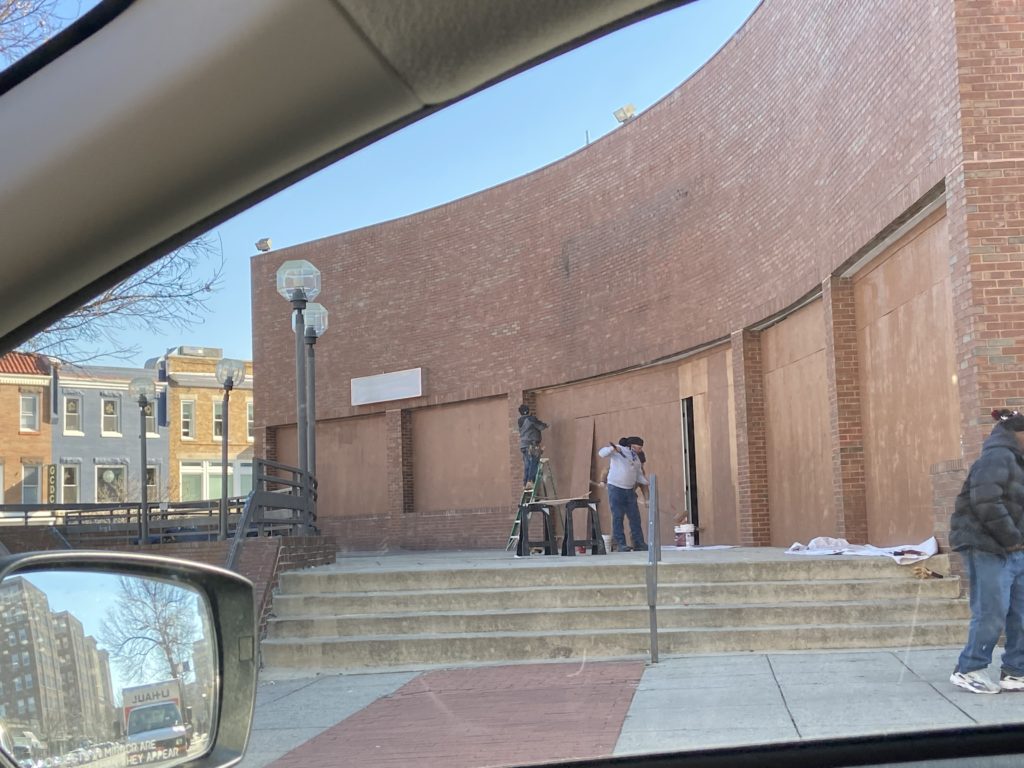 The plaza stands in front of the Suntrust bank that recently merged with BB&T bank to become Truist, a large multinational banking interest that stalled the Plaza legal proceedings in 2018 when they successfully moved the case to Federal court.

Years later, in September 2020, the Federal Court finally remanded the case back to DC Superior Court saying the federal courts did not have the jurisdiction to hear the case based on the federal principle of prudential standing.

Upon remand back to DC Superior Court, Judge Puig-Lugo ordered this hearing today to contend with Suntrust (Truist) attorneys’ motion to dismiss the case. Puig-Lugo took control of the case from Judge Todd Edelman, who, in 2017, ruled in favor of the plaintiffs and granted the preliminary injunction to stop the razing and destruction of the Adams Morgan plaza.

At this hearing, counsel for the Adams Morgan Plaza supporters argued that community groups do have standing to bring the case and to defend the Plaza as an public easement. Plaza supporters then asked Judge Puig-Lugo to get the plaintiffs back on track for a trial, as had been originally scheduled by Judge Edelman in 2018.

But in stunning fashion, Puig-Lugo ruled that even though plaintiffs may have standing, there was no need for a trial, declaring summary judgement in favor of Suntrust bank (Truist). Puig-Lugo claimed the facts (based on the same evidence that won the injunction in 2017) are not in dispute, concluding there is no “dedicated easement for public use” at the Plaza.

“Unlike the prior judge, this judge got the record wrong, seems to misapply the law, and has single handedly disrespected the history and people of Adams Morgan,” said Jessica Neagle, and Adams Morgan resident and plaza history booster. “His capricious decision today about the future of our town square should be challenged.”