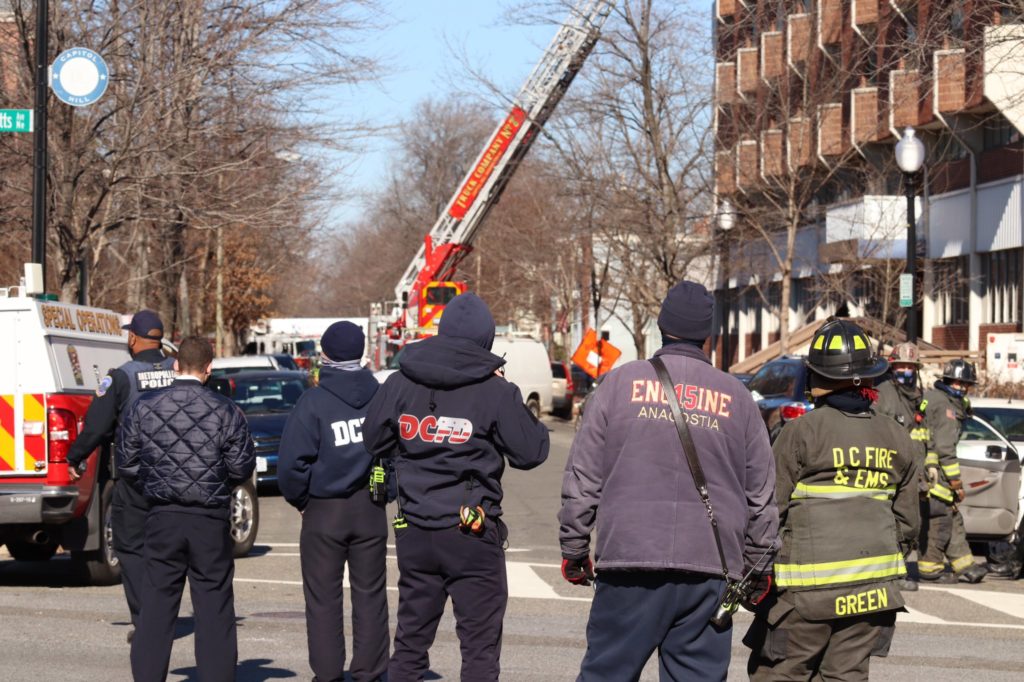 Readers write starting at 12:08pm: “Does anyone know what’s happening on the intersection of 7th, Constitution and Mass? Tons of fire trucks, ambulances, etc.”

“A friend in Eastern Market heard something that sounded like a “cannon”(?) a few minutes ago, and is now hearing sirens. Any ideas?”

“A friend in Eastern Market heard something that sounded like a “cannon”(?) a few minutes ago, and is now hearing sirens. Any ideas?” 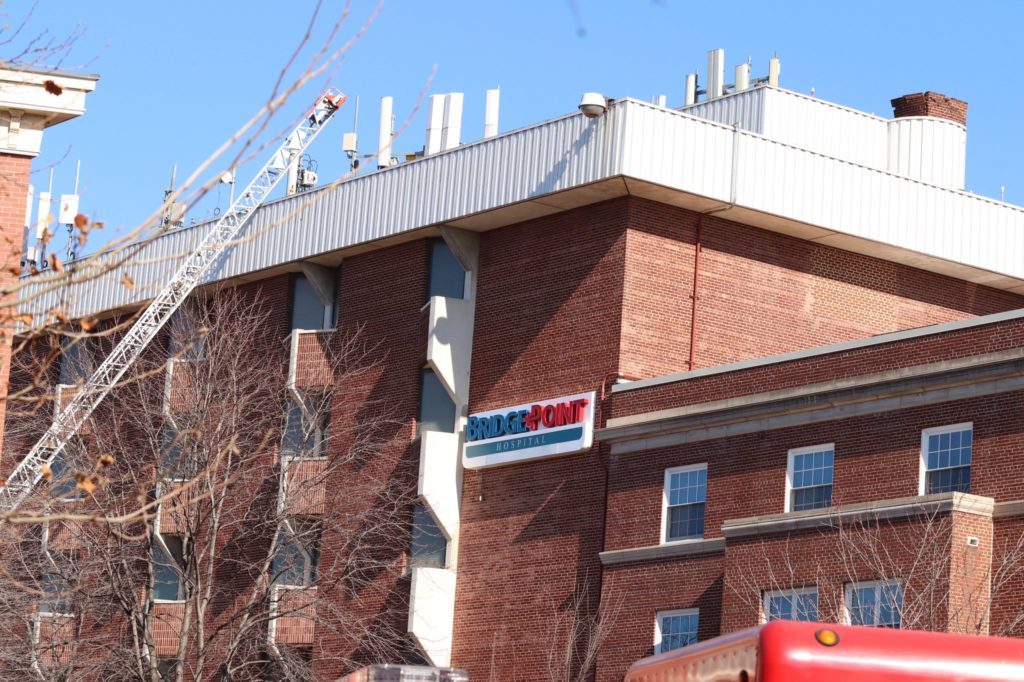 Leo writes: “According to someone who saw it the chimney seemed to explode. Here’s a close up of the cracks.”

“The initial report of a generator falling several floors was incorrect.”

Something happened at Bridgepoint Hospital. There was a loud bang 20 minutes ago. @theHillisHome @PoPville pic.twitter.com/WsPheBk4Ei

From AlertDC: “DC FEMS reports the 200 block of 7th Street and the 600 block of Massachusetts Avenue NE is closed until further notice due to Fire Department Activity. Please avoid the area.”