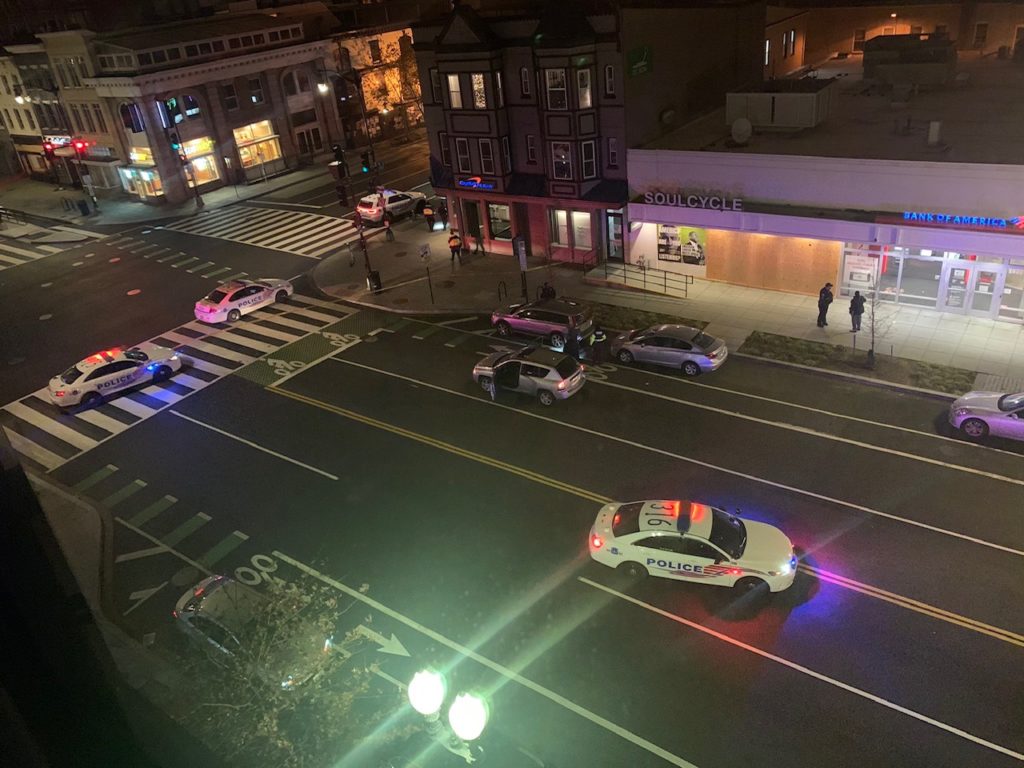 Readers reported: “sounded like a bunch of shots at 14th near U 5 min ago, now several police cars there.”

“Three shots fired by a moving car at another car at 14th and U NW. I don’t think anyone was injured the driver got out as police pulled up. Cops checked the car that was shot at for weapons asked fir a description then half of the police jumped in their cars going down u street towards Shaw (eastward)
I think the bullets struck the bank and door to a yoga studio.”

“I heard the whole thing and it was definitely more than 3 shots.”

“About 10 shots fired last night at 14th and U. And they came fast enough that it had to be at least two guns.”