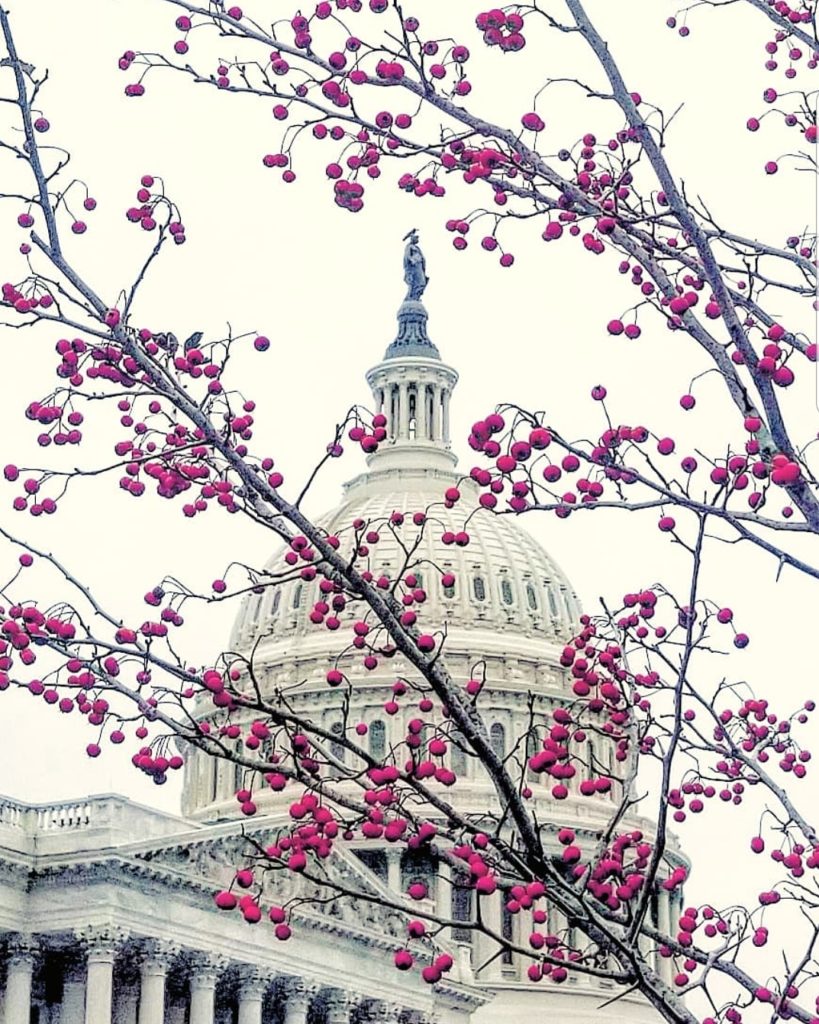 Made of bronze and weighing 15,000 lbs, the Statue of Freedom has crowned the dome of the Capitol since 1863. The original plaster model of the statue had a liberty cap (ancient Roman symbol of emancipated slaves). Jefferson Davis, then the Secretary of War, demanded the liberty cap to be removed from the model. The sculpture’s final version replaced the liberty cap with a military helmet topped with an American Eagle head and a crest of feathers. Ironically, an enslaved Black man named, Philip Reid, played a significant role in the construction of the Statue of Freedom.