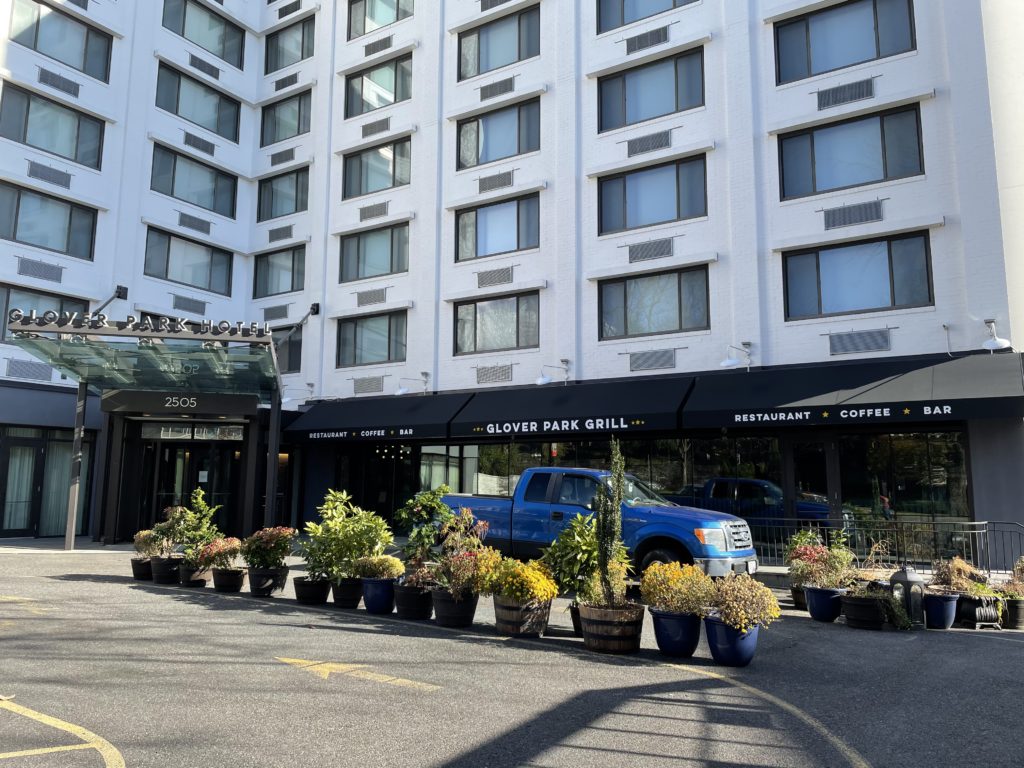 I don’t know if GP Grill was always there or if it’s taken the place of Casolare, which seems to no longer have any Internet presence. Instagram gone. Website not working. It’s unfortunate. The Kimpton hotel was closed for months (drive-thru covid testing) and only recently removed boards from windows.”

“Schlow Restaurant Group has opened its newest concept, The Glover Park Grill for dine in & patio service 7 days a week from 5 – 9pm. Award-winning Chef Michael Schlow has teamed up with Chef Hamilton Johnson to lead the project. Johnson was most recently the chef de cuisine at American Son. Previously, Johnson had won the Michelin Plate Award two years in a row as the Executive Chef at Honeysuckle and has worked at a number of key Washington DC establishments.

Check out the current menu here.

Johnson and Schlow have curated a menu that will feature classic American fare that is approachable yet refined, using simple and fresh ingredients. Classic dishes such as steaks, burgers and roast chicken will be served for dinner seven days a week. The menu also includes an expertly chosen wine selection and curated specialty cocktails.

Schlow says his goal is to create a “comfortable” and “approachable” neighborhood staple that will satisfy hotel customers and attract a base of regulars from surrounding areas like Georgetown and Cathedral Heights.

In addition to dinner, the restaurant will feature a cozy cafe with a full coffee program and divine pastries by executive pastry chef Alex Levin. The location will also feature a newly renovated, beautiful, heated terrace, for year-round dining. Both the cafe & the terrace will be completed and ready to open within a few short weeks after the restaurant’s official opening.”