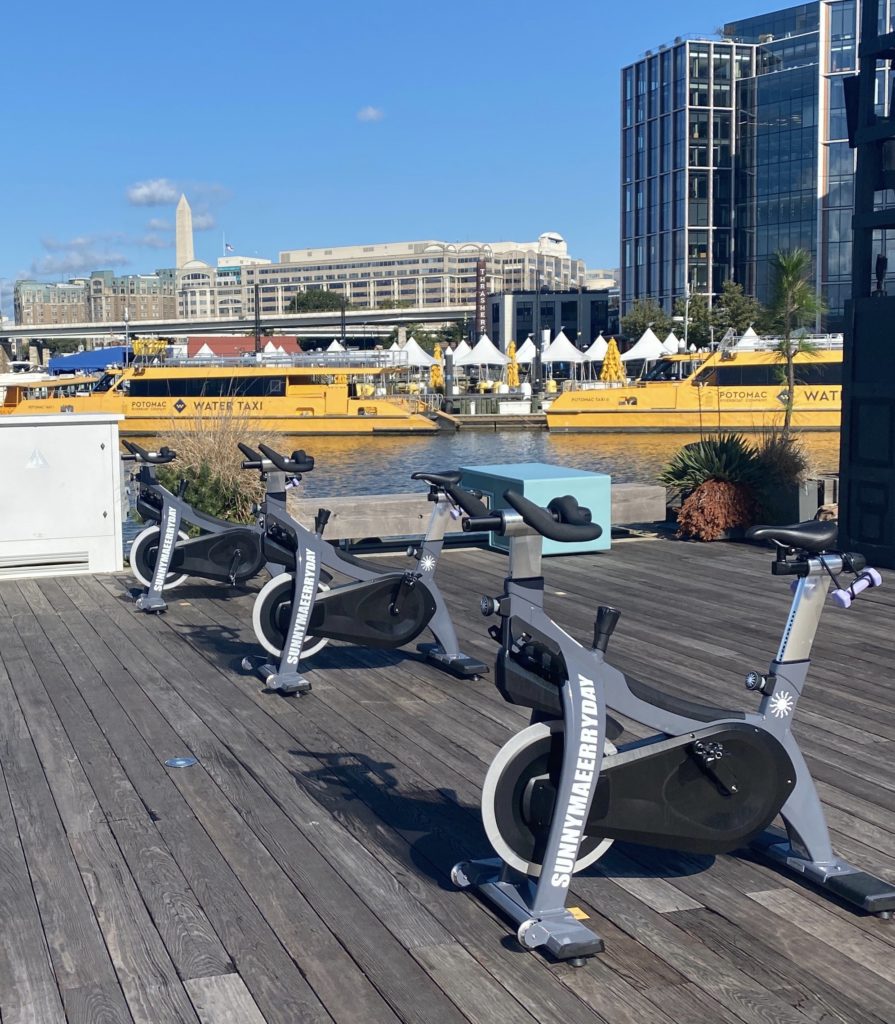 “it’s been a while since we’ve discussed gyms. I know the big players are open, but any idea which smaller studios have opened back up (cycling classes, barre studios, other boutique classes)? Would love to know what is open/what’s permanently closed”

“There are some @zengocycle classes and also Pole Pressure (pole fitness) classes happening. The latter are reduced class sizes but inside and/or virtual”

“@AmbitiousAthl is open, hosting in-person and Zoom classes for its members. Also has an online self-guided program for those interested!”

“@TSNYDC is open! Holding classes outdoors when weather permits and indoors in a well-ventilated tent when it doesn’t.”

“What I know of: CycleBar in NoMa is open. I think SoulCycle opened in West End + is doing Union Market. One of the former SC instructors has been doing classes at The Wharf (HustleDC). Flywheel’s closed permanently.”

“Fit360DC in MtP is open with outdoor, virtual and one on one”

“Orange Theory is open w/in person classes (temp checks, entry questionnaire, and masks required ..yes the entire class), and has digital classes on the app if you aren’t ready to come into a studio.”

“Also there are former SoulCycle instructors doing Hustle at the Wharf (photo above), which is outside on weekends. It’s far superior to outdoor SoulCycle, because the SoulCycle location kind of sucks.”