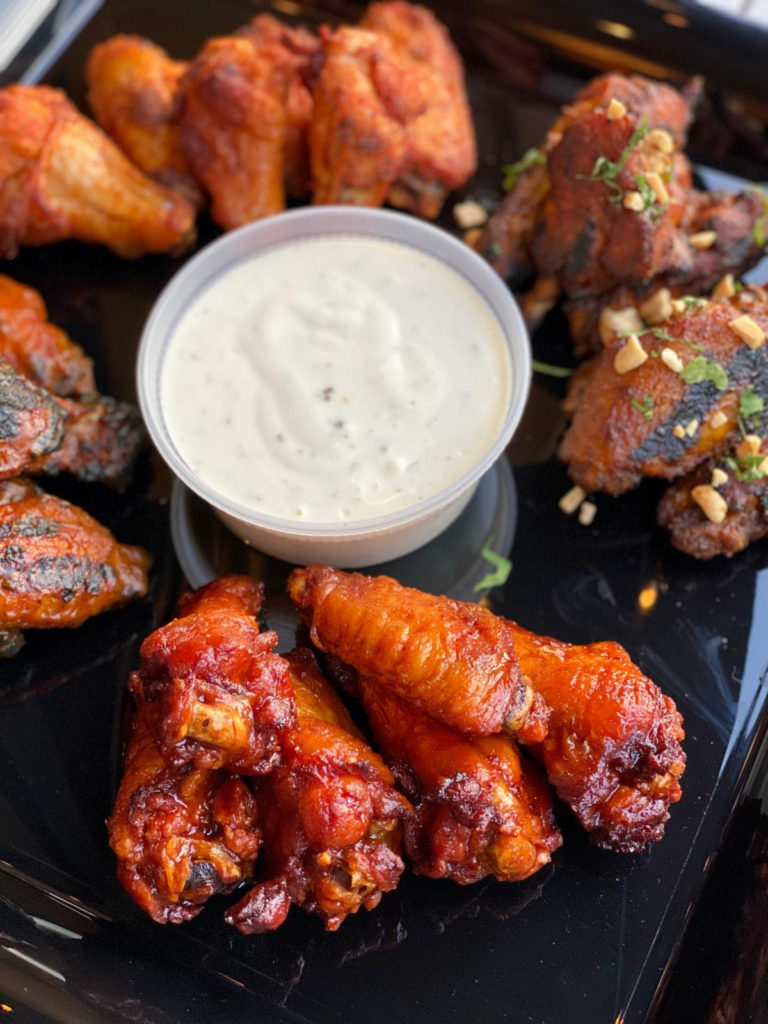 “Since making their debut on Jack Rose Dining Saloon’s menu in 2014, the beloved bourbon-glazed whiskey wings have become a permanent mainstay on the Adams Morgan spot’s menu, with devotees across the country. And now, Jack Rose is expanding on the popularity of its sweet-meets-spicy drumettes, by launching the “Jack Rose Wing Club” – a ghost kitchen pop-up featuring take-out and delivery-only wing feasts – starting November 11.

In addition to the bar’s famous original chicken wings, which are tossed in a sweetly aromatic glaze of honey, a hint of habanero and Old Crow bourbon, Chef Russell Jones has created six additional varieties for the Jack Rose Wing Club. featuring a total of four fried options and three grilled versions.

The fried wing options include Gojubarbecue glazed in a house gojuchang, soy and ginger; a Cajun Dry Rub with cayenne, black pepper and garlic; Classic Buffalo with either bleu cheese or ranch, and theaforementioned Whiskey Wings alongside an apricot relish.

Grilled wings include the spicy Harissa with an herbed feta dressing; Carolina BBQ style (a nod to Chef Jones’ home state of South Carolina) with mustard, brown sugar and cider vinegar; and a unique Satay with peanut, curry, red chilis and a Thai peanut sauce. All wings are the same price — $12 for a half-dozen or $24 for a dozen. 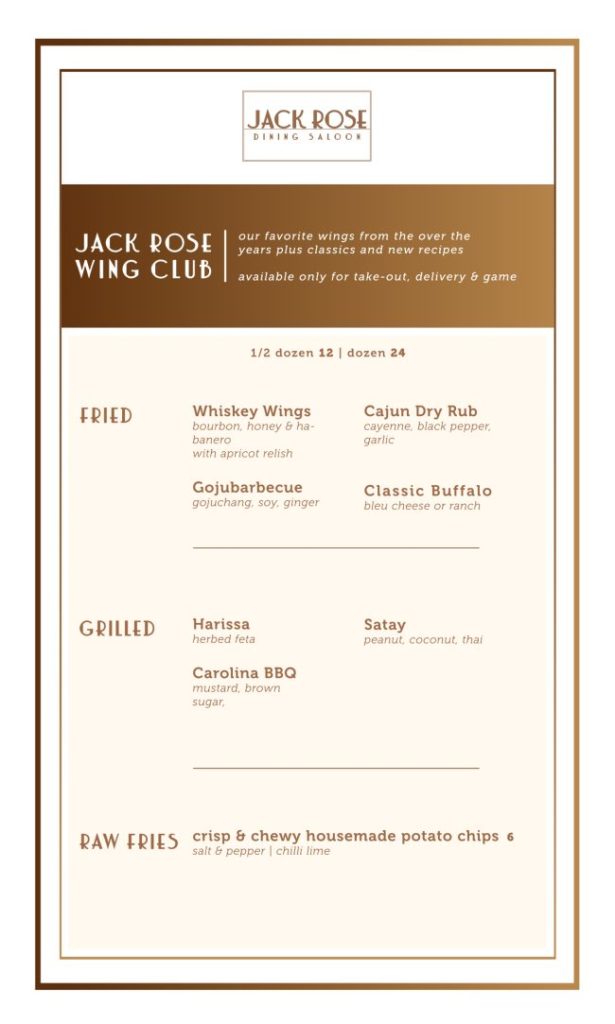 The Jack Rose Wing Club’s concise but focused menu will also feature sides of Raw Fries – a unique style of crisp & chewy housemade potato chips popular in the South — dusted in either salt & pepper or chili lime ($6 each).

The full Jack Rose Wing Club menu can be found here. The menu will only be available for take-out and delivery via Caviar and Doordash, and pick-up via Tock, every Wednesday through Sunday from 4pm to 11:30pm. Football watchers will get a special perk – the wings will be available in-house on NFL game days (Thursday and Sunday from open to close).

Jack Rose will continue operating with its regular dine-in menu for on-site dining on its heated and covered rooftop terrace and indoor dining room, and take-out and delivery.