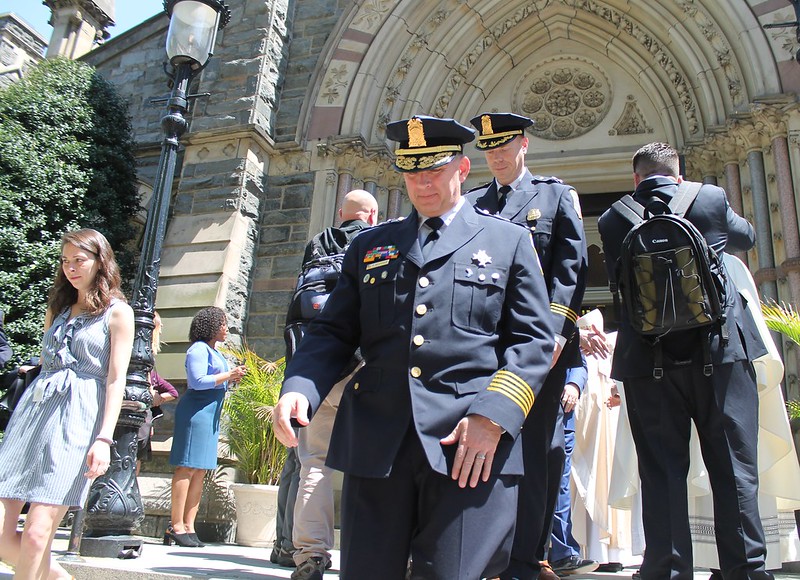 “The following is a statement from Councilmember Charles Allen (Ward 6), Chair of the Committee on the Judiciary and Public Safety:

“I want to thank Chief Newsham for his many years of service with the Metropolitan Police Department, and I wish him well in Prince William County.

This is a critical moment for policing, public safety, and justice across the country and right here at home. The Chief of the nation’s police force is a unique position, with city, county, state, national, and even international responsibilities. But most importantly for the residents of the District of Columbia, the leadership of a Chief of Police is consequential in ways few other positions are. The nation is changing, and law enforcement in the District – and what we expect from a Chief of Police – must evolve, as well.

The search for and selection of a new Chief is an opportunity to instill in leadership the qualities and priorities this moment demands: tackling the systemic racism that exists in our city and within policing culture, promoting a public health approach to eliminating violence, and using the law and Constitution to demonstrate empathy, humility, innovation, and vision.

This is an opportunity to determine what the future of policing in the District of Columbia will look like. The position demands a challenging combination of qualities to find in a single person, and I wish Mayor Bowser the best in her search and look forward to working in partnership for a safe and just city.”