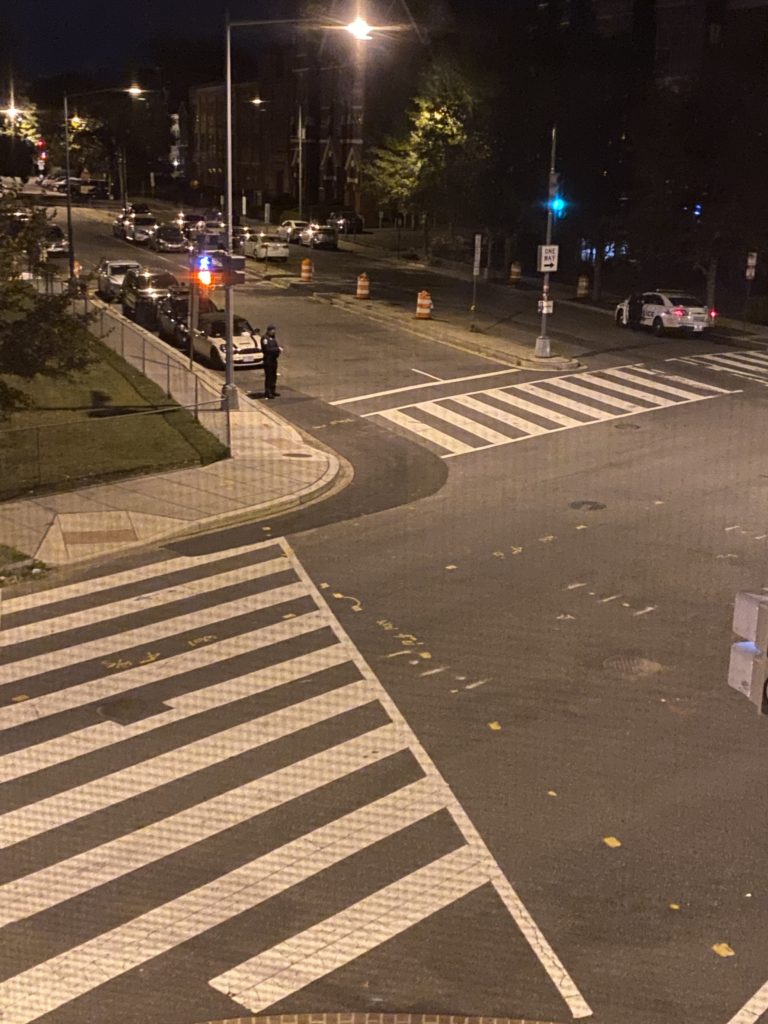 A reader reports: “shots fired around 11 PM last night at 11th and Vermont NW by Logan Circle. Woke up to 4-5 VERY loud, distinct shots, and not seconds later cops were swarming the area. Hard to tell in picture but cops were out with flashlights, seemed like they were looking at cars for bullet holes or casings.” 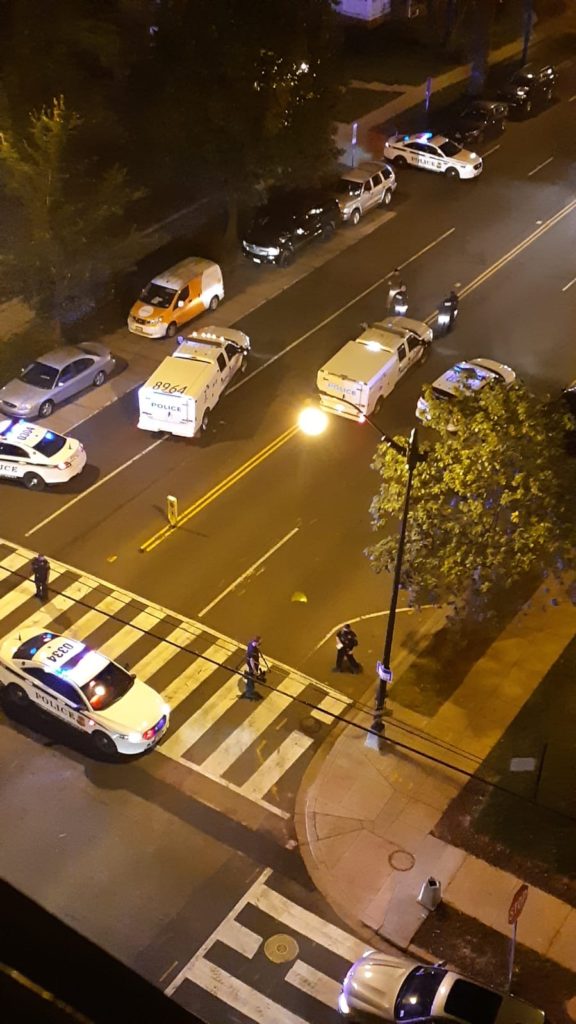 In Glover Park a reader reports: “Last night I saw about 6 or 7 police cars from my window and it is still unclear the reason why they were here. One of my neighbors says they saw a plastic bad in the middle of the road (hit and run?) and the other one said something about a mysterious package dropped at the Russian Embassy.”