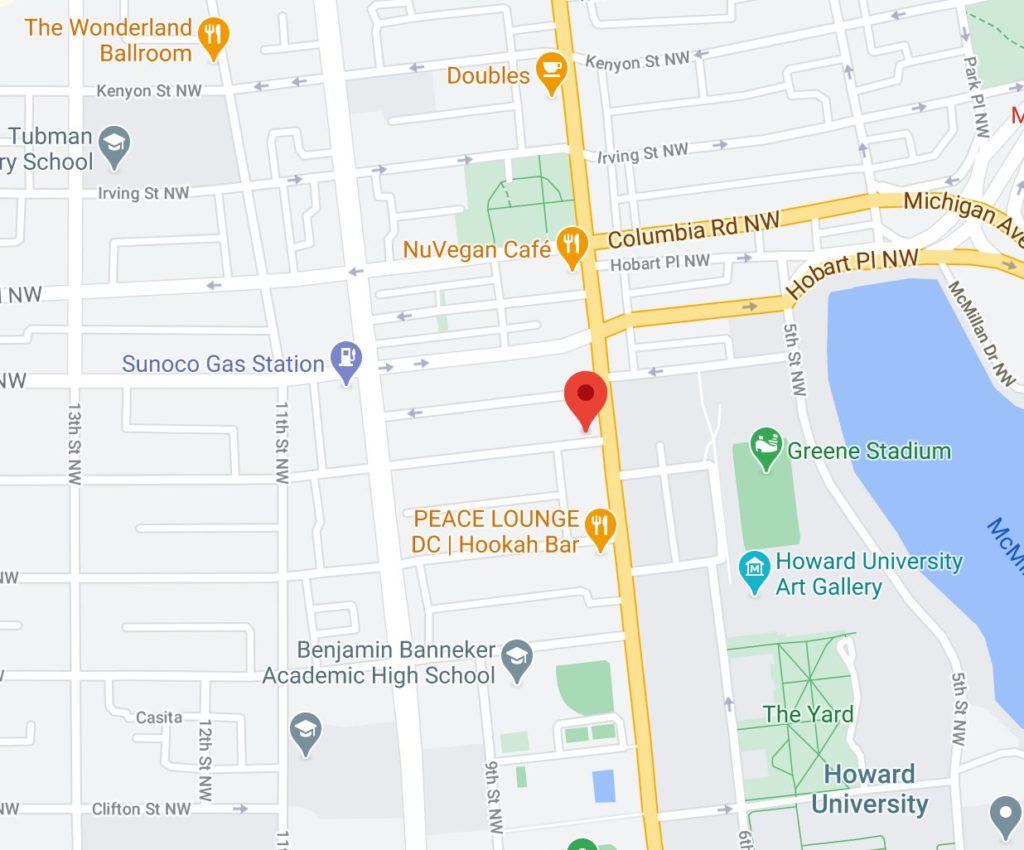 “Detectives from the Metropolitan Police Department’s Homicide Branch are investigating a homicide that occurred on Tuesday, October 27, 2020, in the 2800 block of Georgia Avenue, Northwest.

At approximately 8:51 pm, members of the Third District responded to the listed location for the report of an aggravated assault. Upon arrival, members located an adult male, inside of a residence, suffering from a gunshot wound. DC Fire and Emergency Medical Services responded to the scene and found that the victim displayed no signs consistent with life. The decedent remained on the scene until transported to the Office of the Chief Medical Examiner.

The decedent has been identified as 25 year-old Glenn Wright, of Northeast, DC.

Further north on Georgia Avenue roads were closed near MPD’s 4D Headquarters due to protesters. From DC Traffic Police around 6:30pm:

I spoke with Mr. Hylton’s family this morning to express my condolences & listen. This is a tragedy – a family & our community are mourning the death of a young man. As details become available, it’s incumbent on the Executive to ensure a transparent & expedient investigation. https://t.co/KoUxsDQRxu