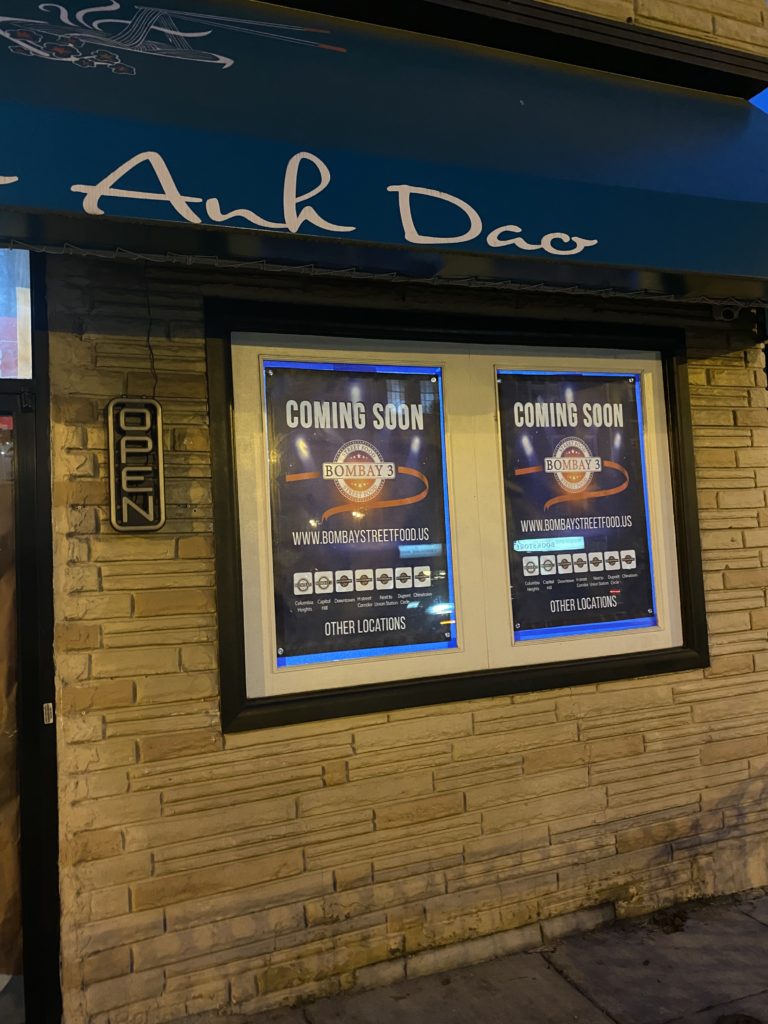 Thanks to Alex for sending. Last week posted signage for Dreamy DC that a reader spotted but it turns out that was just an advertisement (well done indeed.) Turns out that a Bombay Street Foods will be taking over the former Pho Anh Dao space. A couple weeks ago we reported that Butter Chicken Company (same owners) was opening at 601 2nd Street, NE near Union Station. A Butter Chicken Company location is also coming to 1506 19th Street NW also in Dupont.

And stay tuned for updates on all fronts.

Read more →
More Stories
Listing of the Day: 555 E Street SW #0615“This whole situation sucks because I don’t wanna screw the old housemates over (plus small claims court sounds exhausting) but also I need that money!”