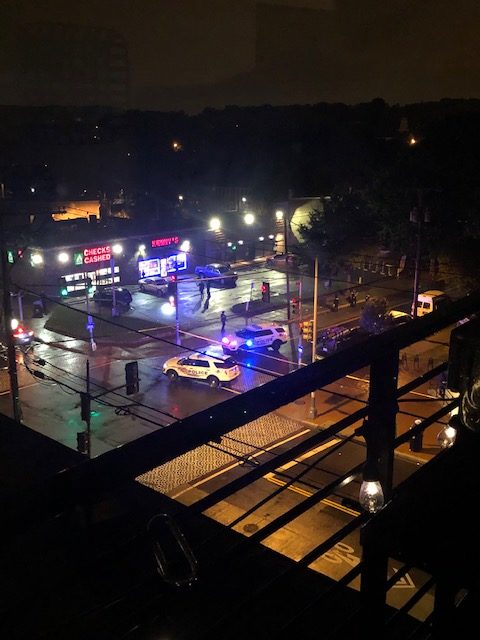 districtkj reports (to see in real time follow @PoPville on twitter): “Another round of gunfire at 5th and Kennedy Streets NW tonight. What’s the latest on this?”

A reader reports via email: “TONS of shots fired Saturday night around 9:30pm at the intersection of 5th and Kennedy Street NW. I’d guess about 15-25 shots total.”

Update from MPC via CommissionerJohnson4b06″

“Yes that location did have an unlawful discharge of a firearm last night around 9:30 p.m.. Property damage was located at the Starlight Shopping Center however no injuries were reported 27 shell casings were located“.

“On September 26, 2020, at approximately 9:45pm, in the 5400 block of 5th St NW, there were multiple gunshots fired by an unknown suspect. There were no injuries reported, but there was damage sustained to a storefront and a parked vehicle. MPD recovered ballistic evidence on scene.