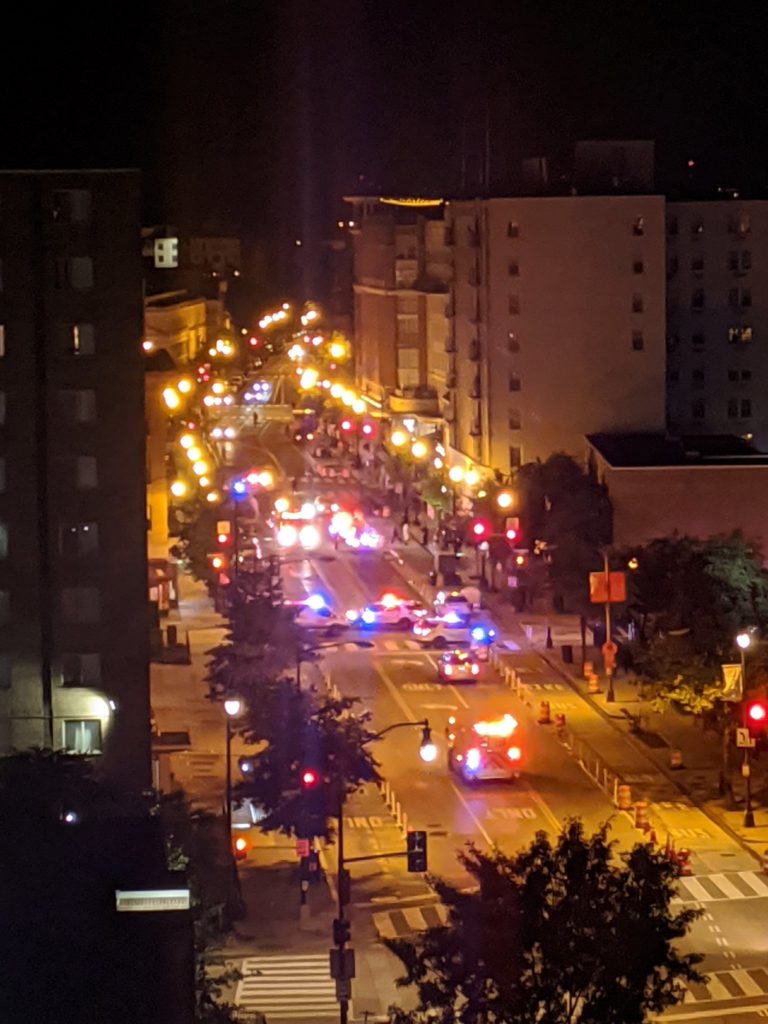 “broken record: 8-10 gunshots in Columbia heights moments ago … cop cars rushing in. Guessing near 14th & Columbia. (I’m 2-3 blocks from there…)”

“The Third District is currently investigating a shooting in the 3000 block of 14th Street NW.

An adult male has been transported to an area hospital with critical gunshot wounds to the upper body.

A second victim (adult female) drove themselves to an area hospital and is being treated for a non life threatening gunshot to the upper torso.”