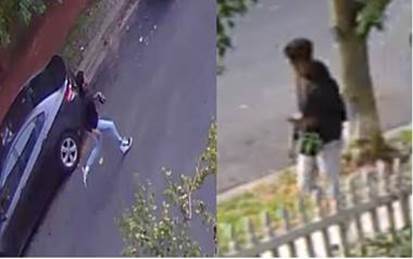 “Detectives from the Metropolitan Police Department’s Third District seek the public’s assistance in identifying a suspect in reference to a Leaving After Colliding and Theft One (Stolen Auto) Offense that occurred on Tuesday, September 16, 2020, in the 3300 Block of 18th Street, Northwest.

All of the victims were transported to local hospitals for treatment of non-life threatening injuries.

The suspect was captured by a nearby surveillance camera and can be seen in the photos [above.]