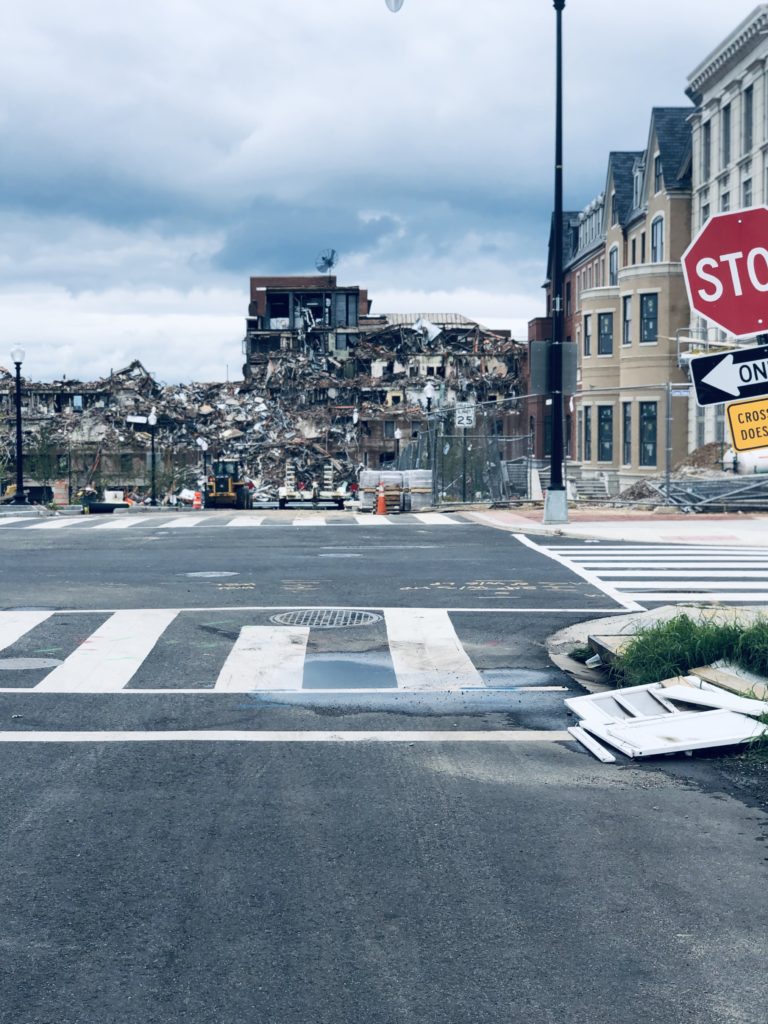 Thanks to Katie, Andrei and others for sending photos of DC General‘s demolition. 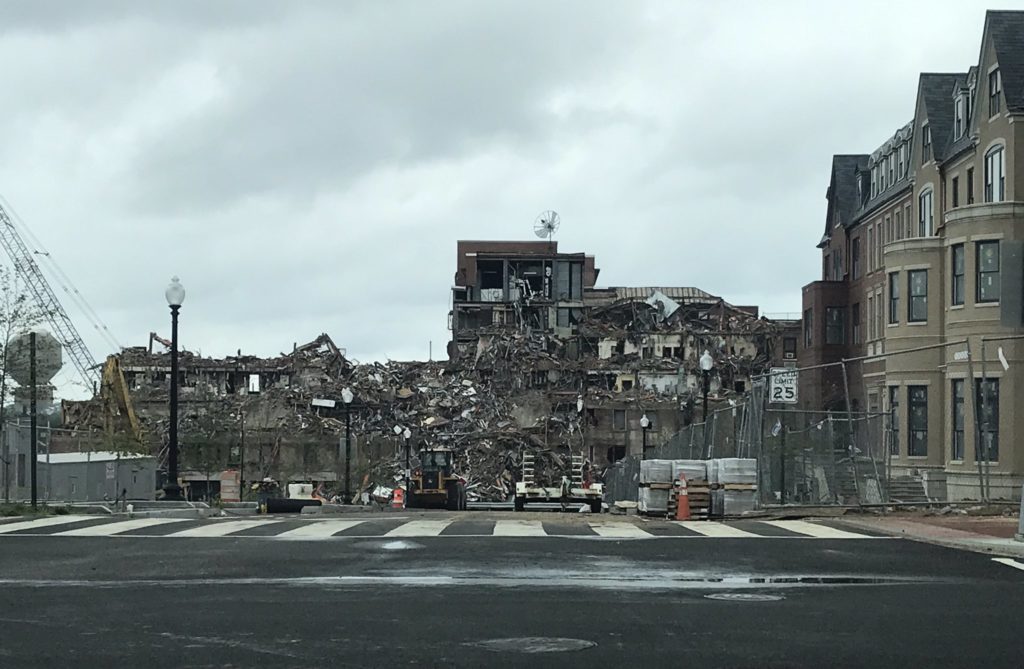 “As part of Homeward DC, Mayor Bowser’s plan to end homelessness in the District, the Department of General Services (DGS) will deconstruct the now-closed DC General Hospital, a former hospital structure that later served as the District’s largest family shelter for seven years. The DC General Campus Improvements project includes the deconstruction of six main buildings and site hardscaping. Concurrently, DGS, in partnership with the Department of Human Services (DHS), continues the delivery of brand new Short-Term Family Housing facilities located in each of the eight wards. 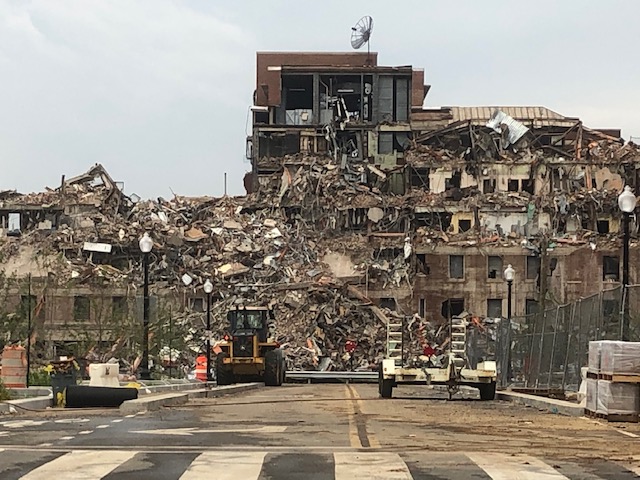