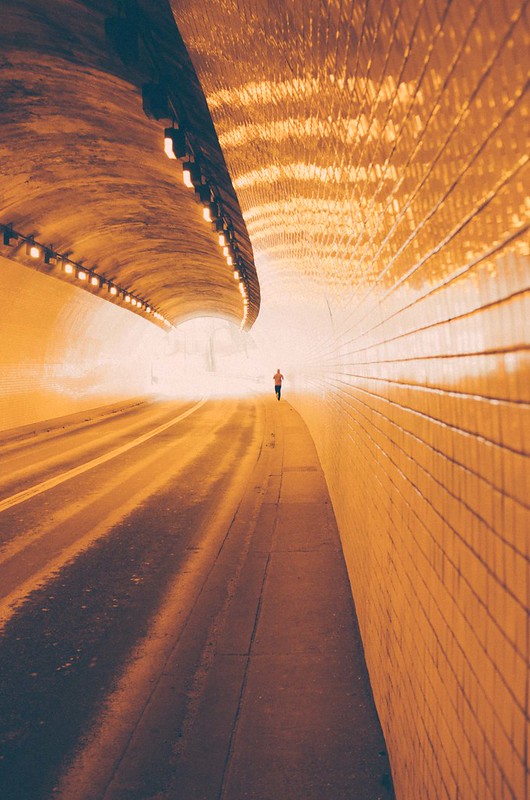 Saturday I was walking my dog down Rock Creek through the tunnel. There are signs to dismount your bike through the tunnel on both sides. Two guys were going full speed on the narrow sidewalk. When one of them passed me, I told him he’s supposed to get off his bike. The next guy stopped and let me pass and I told him the same. The first guy then got off his bike, threw it to the ground, and started walking toward me aggressively as though he was going to physically assault me. His friend had to hold him back. I wish I had taken a picture of the guy. I can’t believe anyone would get so angry that they would respond physically to someone pointing out the rules. It’s really dangerous for people to ride their bikes through that tunnel when it’s busy with people and responding with aggression is not appropriate.”