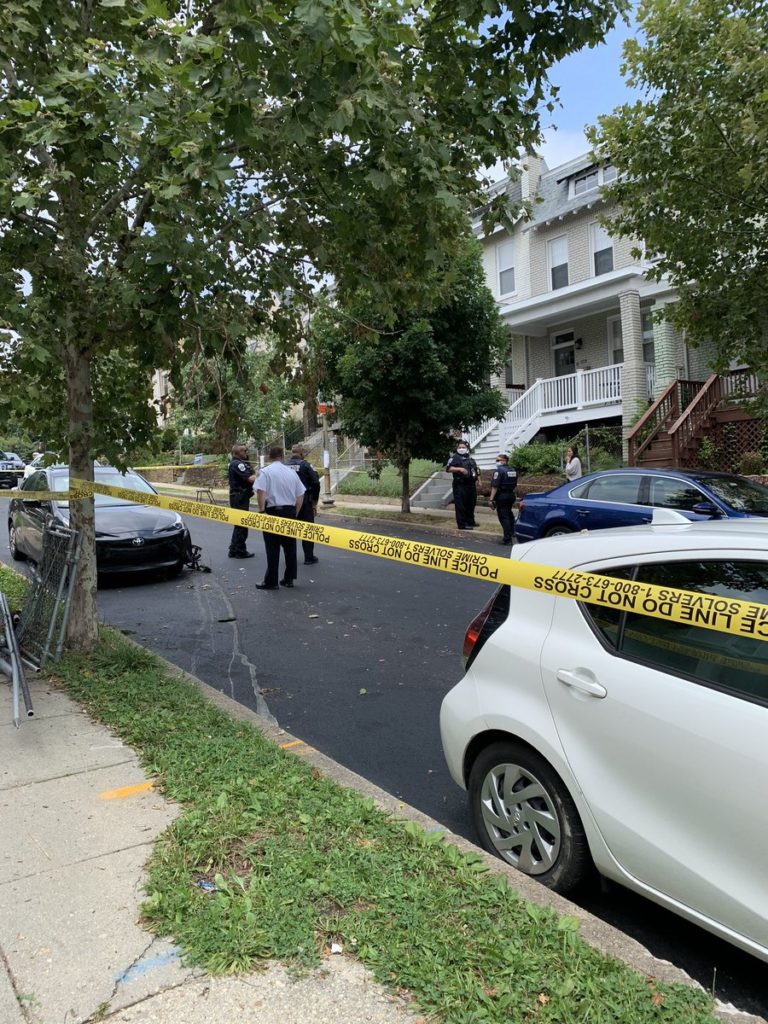 A reader reports: “a drive by shooting at 11 this morning on the 300 block of Todd Pl NE. Street blocked off and tons of police.”

“Detectives from the Metropolitan Police Department’s Fifth District seek the public’s assistance in identifying a vehicle of interest in an Assault with a Dangerous Weapon (Gun) offense that occurred on Tuesday, July 7, 2020, in the 300 block of Todd Place, Northeast.

At approximately 10:59 am, a suspect fired shots at the victim, from a vehicle, then fled the scene. The victim was treated at a local hospital for a non-life threatening injury.

A vehicle of interest was captured by a nearby surveillance camera and can be seen in the photos below. The vehicle is described as a silver 4-door sedan with heavy damage to the front passenger side fender.”