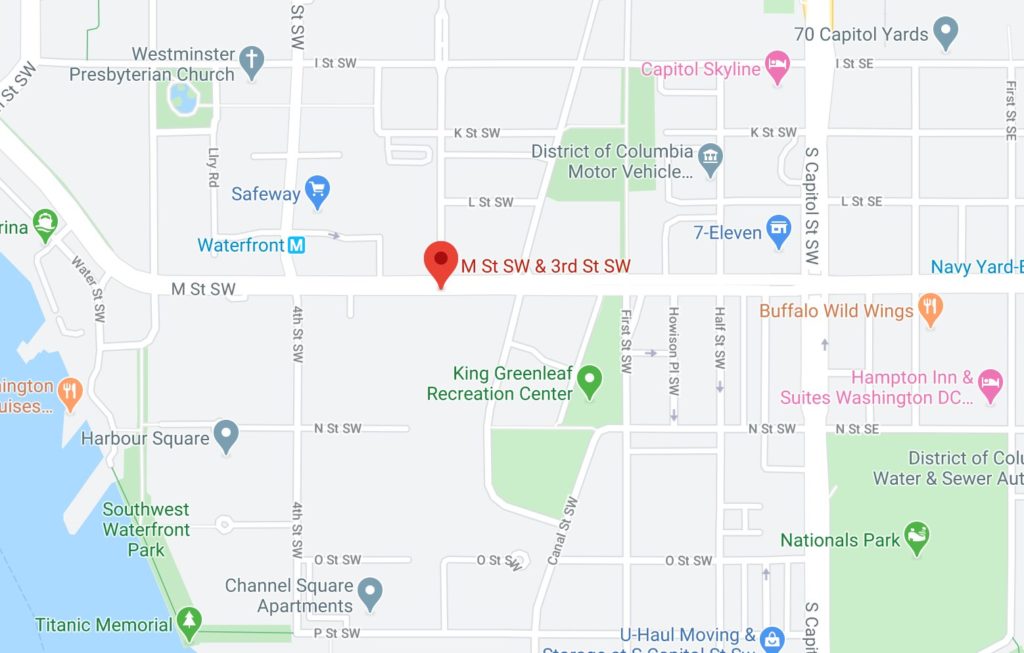 “At approximately 8:15PM shots were fired in the vicinity of 3rd & M St. SW. There were no reported victims or property damage. Officers who were in the area observed a vehicle fleeing the scene and attempted to perform a traffic stop.

The vehicle fled that stop and was then involved in a traffic crash at the South Capitol St. bridge. Subjects were observed fleeing from the traffic crash, one of whom officers observed tossing a handgun which was recovered. All subjects were eventually stopped and the one who tossed the handgun was placed under arrest for Carrying a Pistol Without a License.”