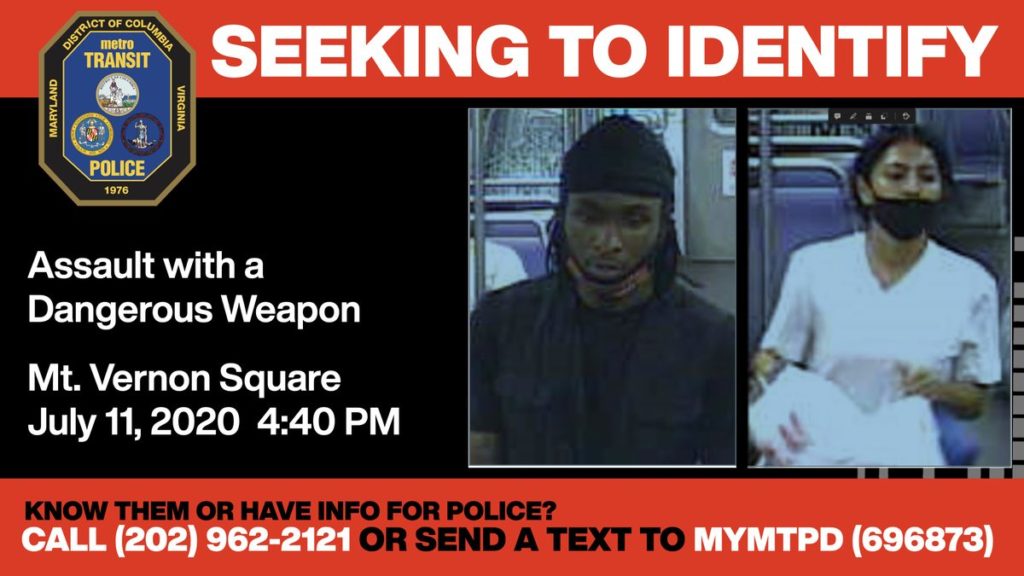 “MTPD is seeking the public’s assistance to identify the two individuals shown here. If you know them for have any information regarding yesterday’s shooting near Mt. Vernon Square Station, call 202-962-2121 or send a text to MyMTPD (696873).”

“A shooting that apparently occurred on a Metro train in downtown Washington on Saturday afternoon left a victim in critical condition, the transit system said. Preliminary investigation indicated that he was shot on a Green Line train as it approached the station.”