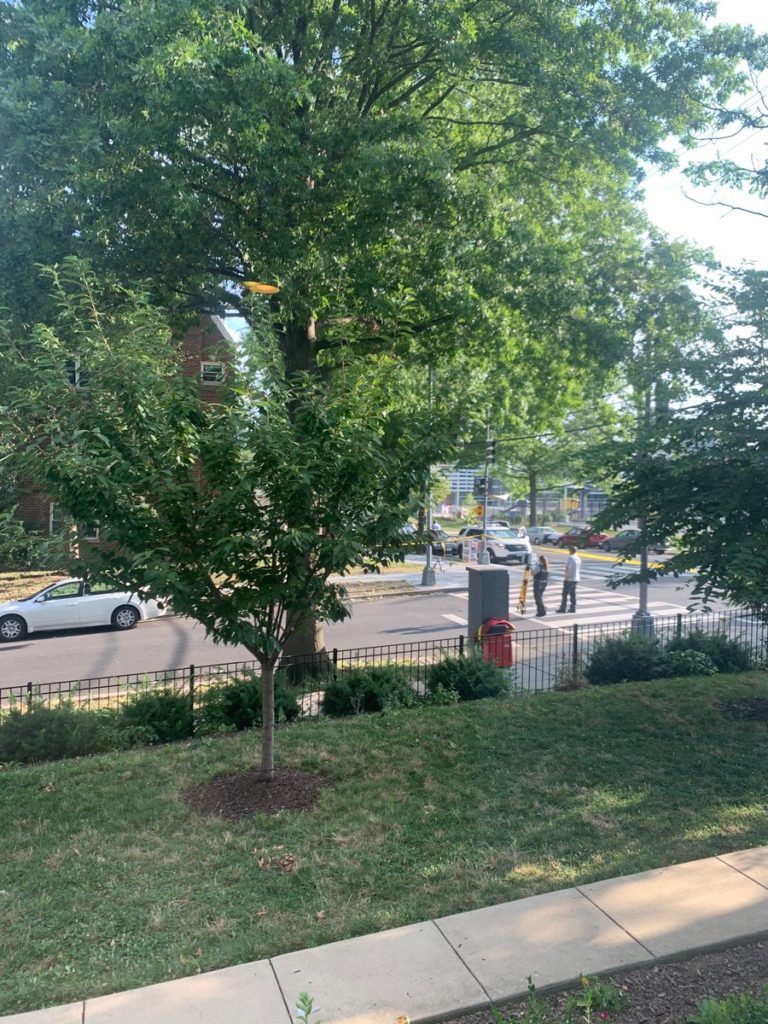 A reader tells us it happened around 5am and that there is a Homicide team on the scene.

“Detectives from the Metropolitan Police Department’s Homicide Branch are investigating a homicide that occurred on Tuesday, July 21, 2020, in the 4100 block of 14th Street, Northwest.

At approximately 5:04 am, members of the Fourth District responded to the listed location for the report a shooting. Upon arrival, officers located an adult male victim suffering from a gunshot wound. DC Fire and Emergency Medical Services responded to the scene and transported the victim to a local hospital for treatment. After all life-saving efforts failed, the victim was pronounced dead.

The decedent has been identified as 30 year-old Nurudeen Thomas, of Greenbelt, MD.

Read more →
More Stories
Firehook Bakery, The Greatest Firehook Bakery with the massive back patio, is closing in Cleveland Park and I am bereft.July 20 Coronavirus Data Posted: 11,427