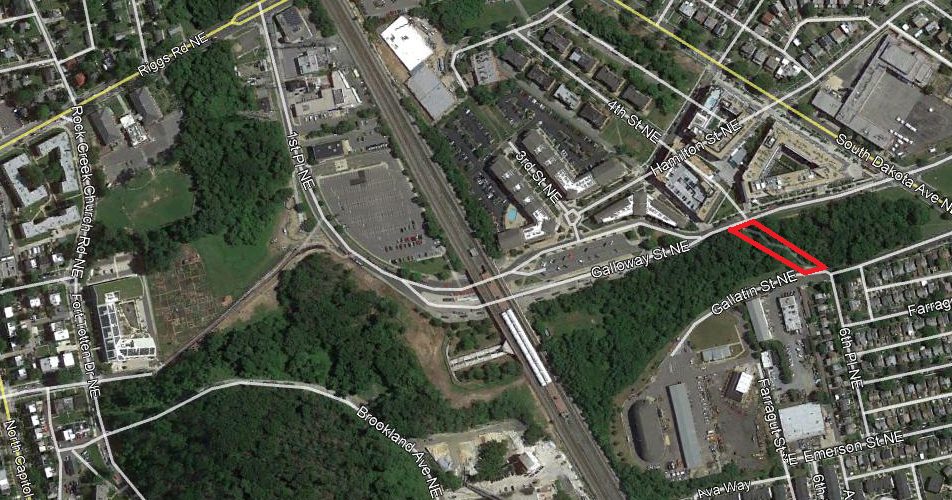 Thanks to Shane for sending: “News Release from last week that I just came across on the NPS website. Looks like an old WWI-era ordinance was discovered in Fort Totten Park and a section is now closed as they figure out what to do with it.”

“On July 22, a WWI-era unexploded ordnance was discovered during construction work on a park trail. Out of an abundance of caution and until more research can be completed, an area of Fort Totten Park, in the Michigan Park neighborhood, is closed, and the National Park Service (NPS) is urging people to stay out of the area.

The area is currently marked with caution tape, and warning signs and fence will be installed as quickly as possible.

United States Park Police and Metropolitan Police Department responded after heavy rain revealed the ordnance, and the site was cordoned off immediately. The U.S. Army is analyzing and is expected to destroy the ordnance at Marine Corps Base Quantico.

The public’s safety is the NPS’s most important priority. Trail construction is halted, and the NPS is working to determine the next steps needed to evaluate the area. We will provide updates as more information is available.

Note: This closure is not in the vicinity of and does not impact DDOT construction work on the Metropolitan Branch Trail.”

More Stories
“are there ways the community can help keep students engaged? Likewise, are there things we can do – especially those of us without kids – to support teachers?”Today’s Rental was chosen for the cool corner table