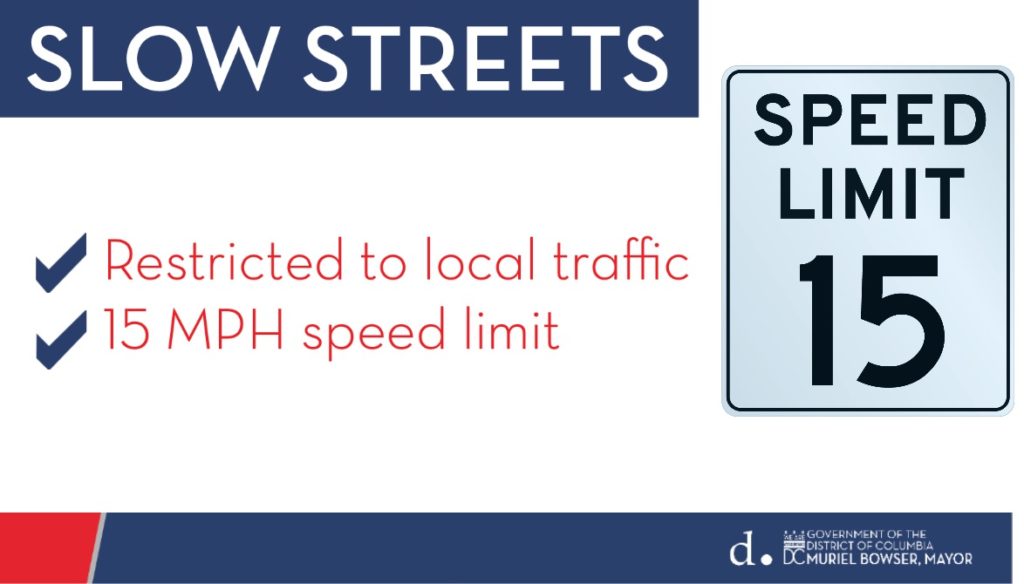 “Mayor Muriel Bowser and the District Department of Transportation (DDOT) announced the first seven locations for the new Slow Streets initiative, which will give residents more space to social distance while moving around outside. The locations are spread across all eight wards of the District.

“Like the streateries and other expanded dinging areas that are now on roads, alleys, and sidewalks throughout the city, the Slow Streets initiative is one way we can reimagine public space to make it easier to enjoy the outdoors and stop the spread of COVID-19,” said Mayor Bowser. “We want people to be able to move around and be outside, but it is important, as we continue through Phase One and into the summer months, to remember the importance of social distancing, face masks, and frequent handwashing.”

Slow Streets are restricted to local traffic only and the speed limit is set at 15 miles per hour to support neighborhood-based safe social distancing while walking, running, or cycling. The first seven slow zones will be implemented in the following locations: 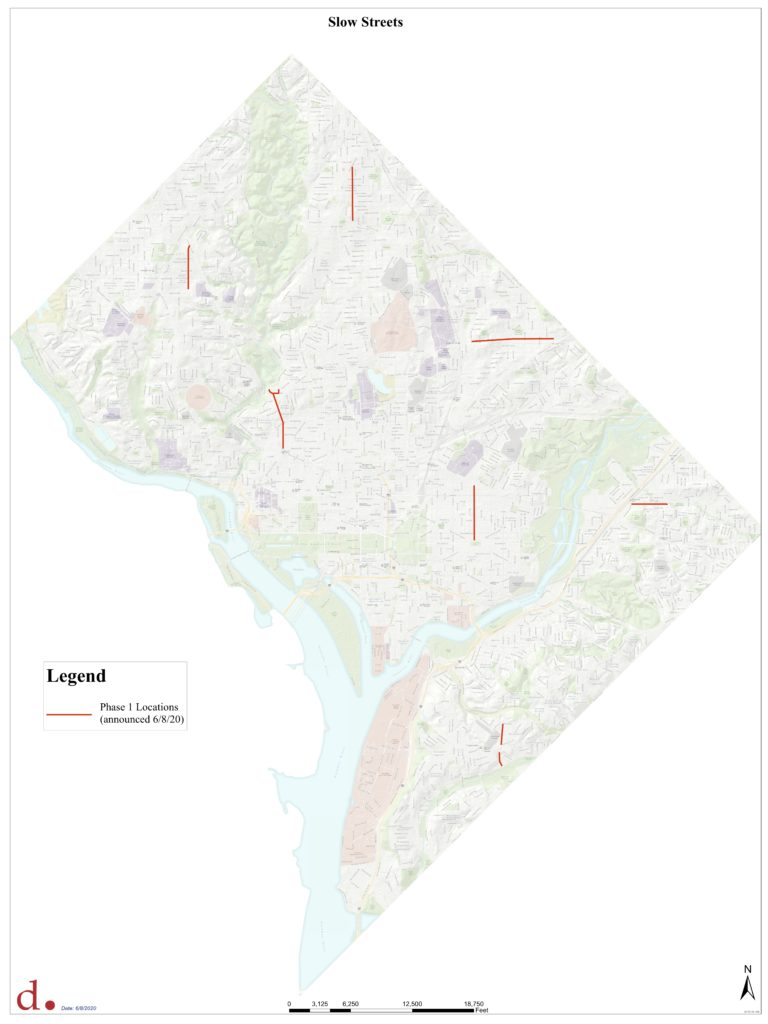 Wards 1 and 2: 19th Street, NW (between Dupont Circle and Biltmore Street, NW; plus most of Biltmore and Cliffbourne)

Over the next 12 weeks, DDOT will install additional Slow Streets. Drivers should only use a designated Slow Street if their destination is within two blocks of that street. Residents, emergency vehicles, deliveries, and trash collection vehicles still have access to Slow Streets. Streets with bus routes are not eligible for a Slow Streets designation.

“Mayor Bowser’s DC Slow Streets initiative makes our streets safer, and as the weather continues to improve, this gives residents needed additional space to exercise in support of overall physical and mental health during the pandemic,” said DDOT Director Jeff Marootian. “Slow Streets are an important part of our ongoing efforts to reimagine how we use public space in the District.”

At the end of May, as the District moved into Phase One of the city’s COVID-19 response and recovery, Mayor Bowser announced several initiatives for reimagining the use of public space, including the buildout of “streateries” and other expanded outdoor dining and the installation of Slow Streets.”