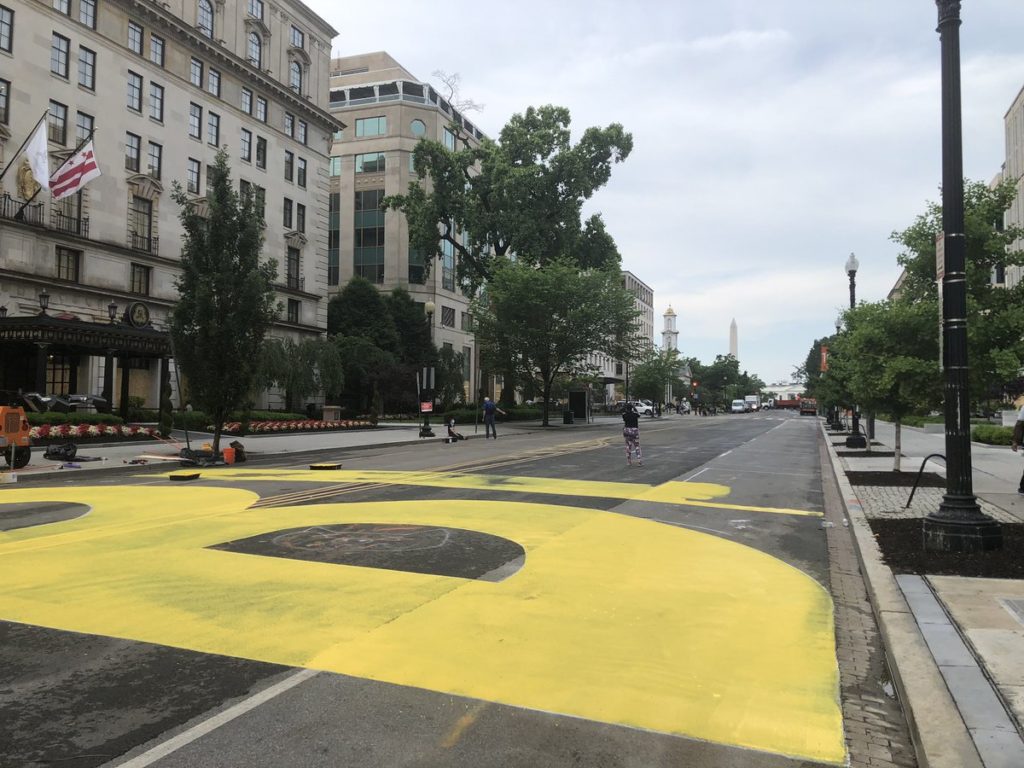 ‘Black Lives Matter’ is currently being painted on 16th St leading up to the White House.

Thanks to pithy (and everyone else) for sending: “Massive #BlackLivesMatter being painted on 16th between K and the White House this morning.”

Somebody please send us a finished if you get a good one ([email protected] or @PoPville on social media.) Thanks!! 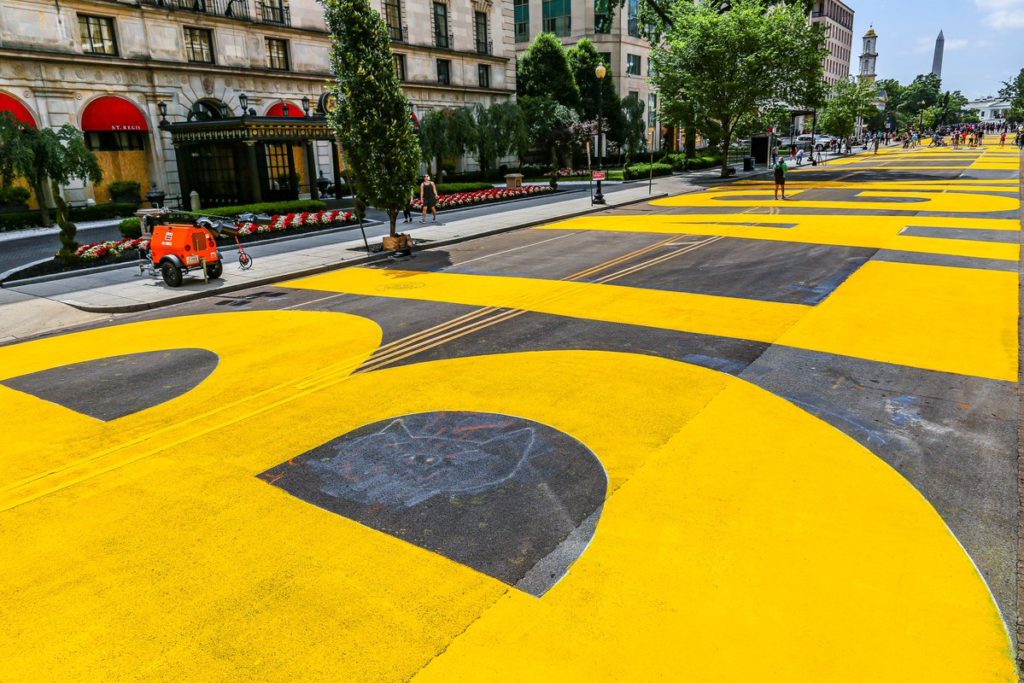 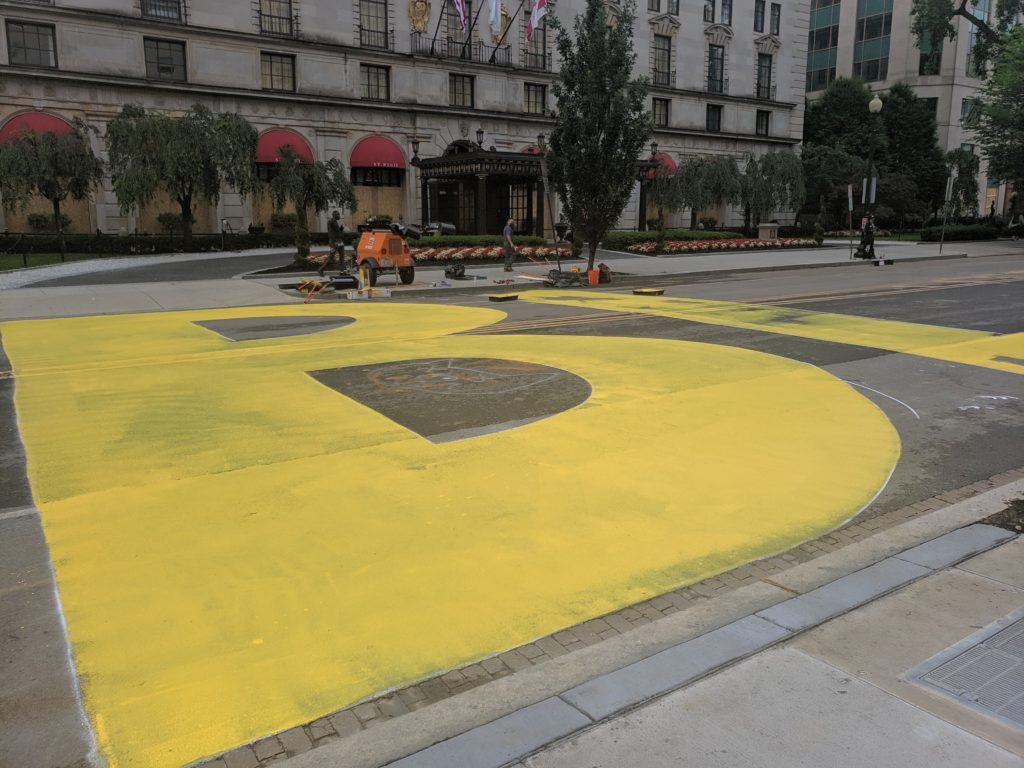 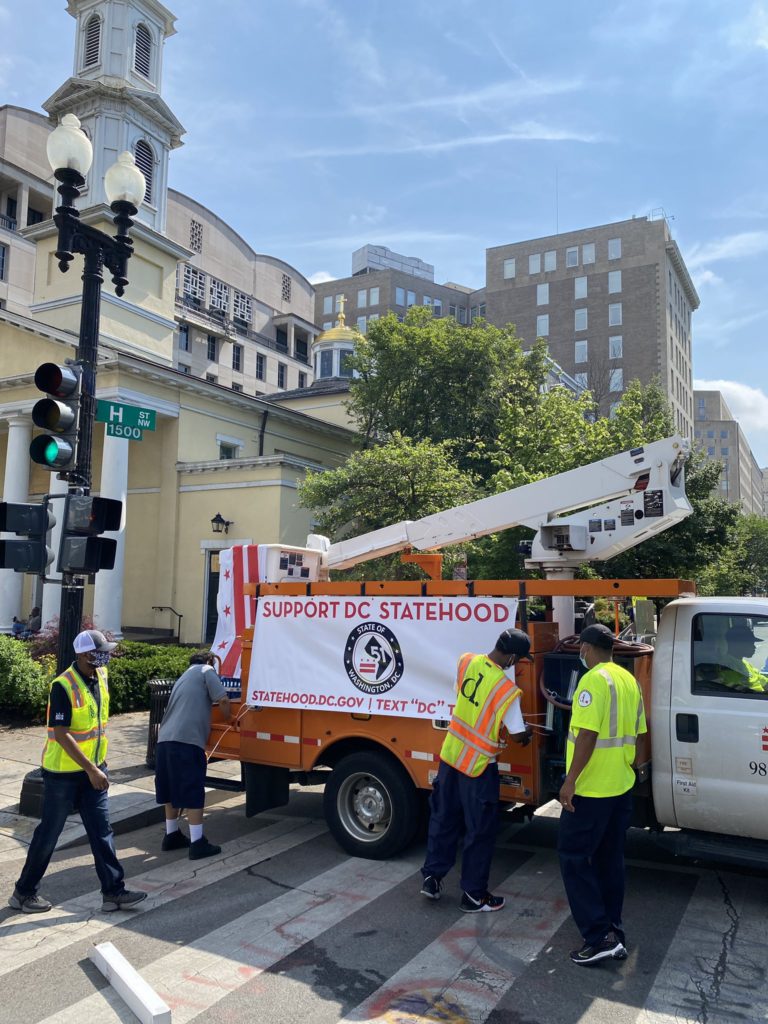 .@MayorBowser and the District Gov are now leaning way into the hardening federal/city divide at H street. This banner is going up at 16/H as the mural painting wraps up beyond — city is facilitating all of this @PoPville pic.twitter.com/fw3z51YA4C

‘Black Lives Matter’ is currently being painted on 16th St leading up to the White House @PoPville pic.twitter.com/BqnE2AFPju