Thanks to all who passed on the email from Washington Sports Club over the weekend:

“I just received this gem from everyone’s “favorite” gym chain, WSC. As you can see below, they’re saying that they expect to reopen at 6am on Monday but declined to provide literally *any* pertinent health and safety information (like, I don’t know, a reservation system), nor did they say anything about charging membership dues again. They only note that they’re “working diligently” to follow federal and county guidelines (which, boilerplate email fail on the latter point). That’s of course alarming, considering that they’re planning to reopen in 36 hours… 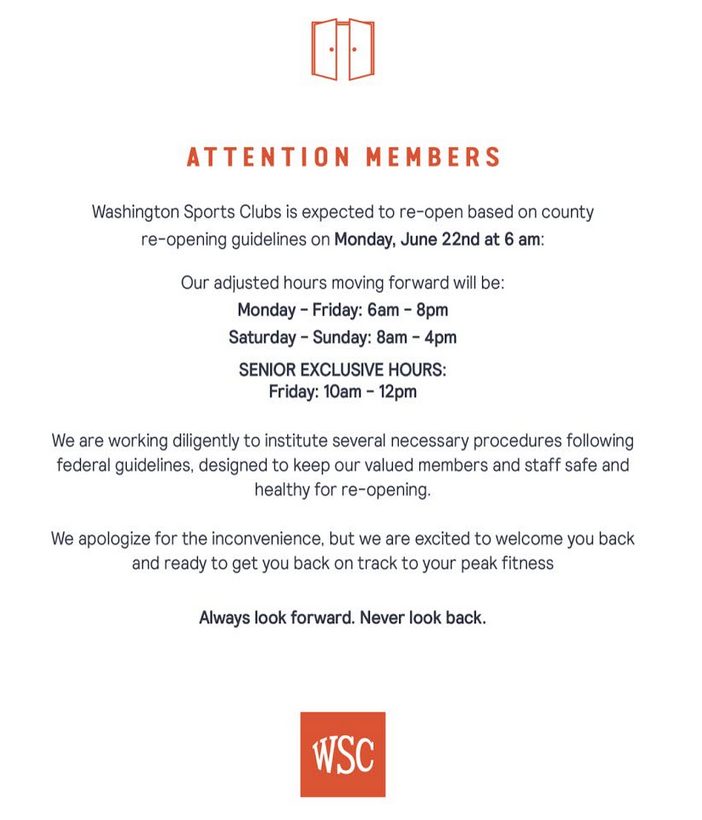 It’s not like I planned on going back there anytime soon (or at all, considering their continual fraudster schtick), but this is still pretty outrageous. Have you heard from any other members about this? I’m mainly just curious what other folks might be saying.”

Ed. Note: On Friday we learned that WSC had permanently closed their Georgetown, Chinatown and South Bethesda locations. 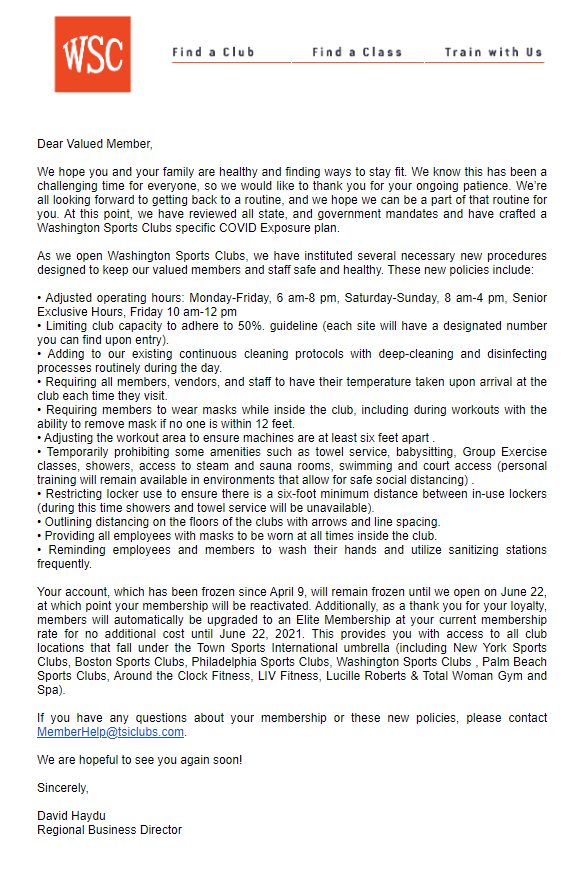