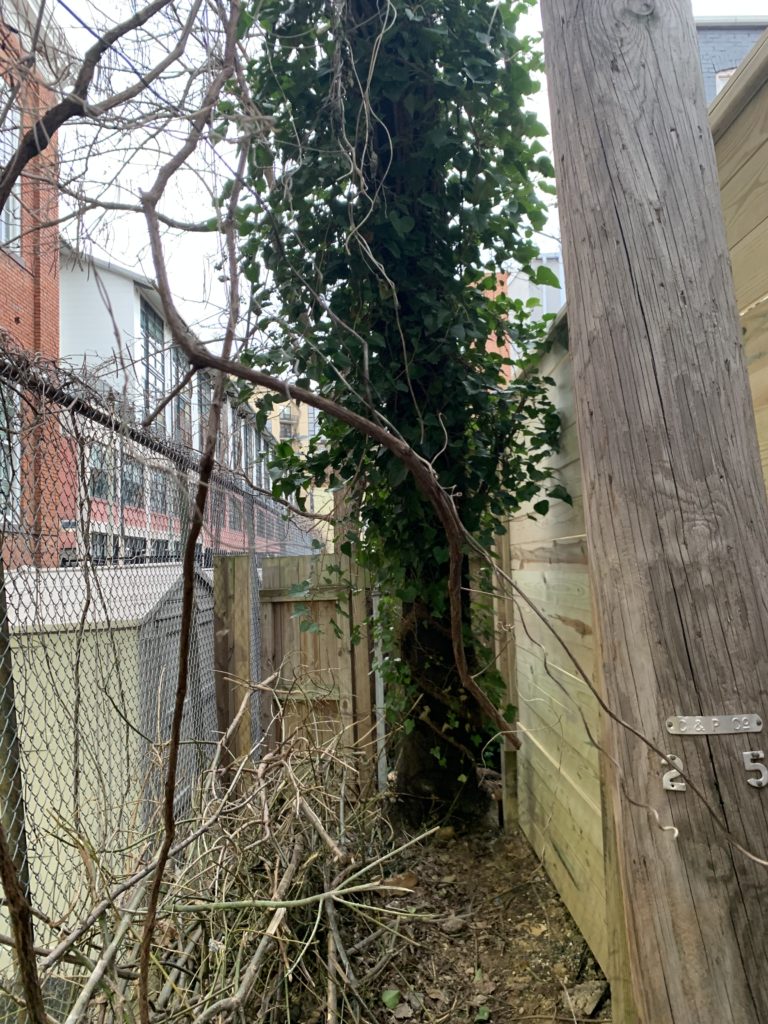 I reached out to the owner of the house on W, who said: “The tree is located on the easement line and city has to address the issue. However, I was not able to resolve it, numerous attempts were made – we called the city and comcast several times, but without any result. Please feel free to investigate the issue since you property caries a direct risk of being damaged. From what I understand – unfortunately, no one really cares till the problem arises”

Do you have any advice about what I should do to get the tree taken care of?

I have a few updates (though no actual progress) since I sent this email:

– I reached out to 311 and they sent a crew to inspect. The crew said they wouldn’t do anything (full quote: “Tree on easement at rear of private property, this is not city maintained right of way. Would require permit for removal as appears to be >44” circumference. Apply for Special Tree Removal Permit at tops.ddot.dc.com”)
– I reached out to Comcast (the other house’s owner said they had cables on the pole?) and they won’t do anything because my neighbor and I don’t have Comcast service
– I reached out to Pepco and they said the pole isn’t theirs – their power is underground in this part of the city. They said it is probably “DC Street Light or Verizon, especially DC Street Light if it’s in the back of the property.”

Now I really don’t know what to do… the other house’s owner won’t do anything, and all of my googling about “DC Street Light” has turned up nothing.”

Read more →
More Stories
“Matchbox Food Group, LLC, which owns and operates Matchbox restaurants, will pay more than $142,000 in unpaid wages to over 100 workers as part of a settlement with the Office of the Attorney General”May Home/Condo Sales