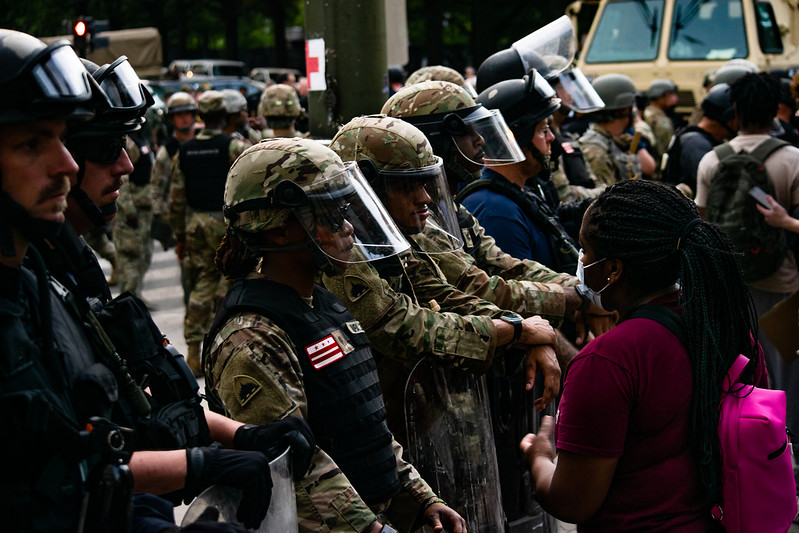 “Congresswoman Eleanor Holmes Norton (D-DC) was briefed by a member of the D.C. National Guard who was on duty last Monday evening when federal police pushed aside peaceful demonstrators to allow President Trump and his staff to go to St. John’s Church for a photo op. What follows is an eyewitness account given to Norton by a National Guard member who was on duty.

Three warnings were given, but the peaceful crowd was too large for most to hear the warnings. The sudden use of smoke and pepper balls caused pandemonium.

A horse cavalry pushed the crowd from H street to Connecticut Avenue. The D.C. National Guard member spoke to Attorney General Barr, who was in charge, and explained that the crowd was peaceful, but troops from federal agencies, including the Federal Bureau of Prisons, remained.

At the time the horse cavalry cleared the way for the president and his entourage to go to the church, no additional assets had been found to be necessary and the D.C. National Guard has remained able to handle the peaceful crowds since.”