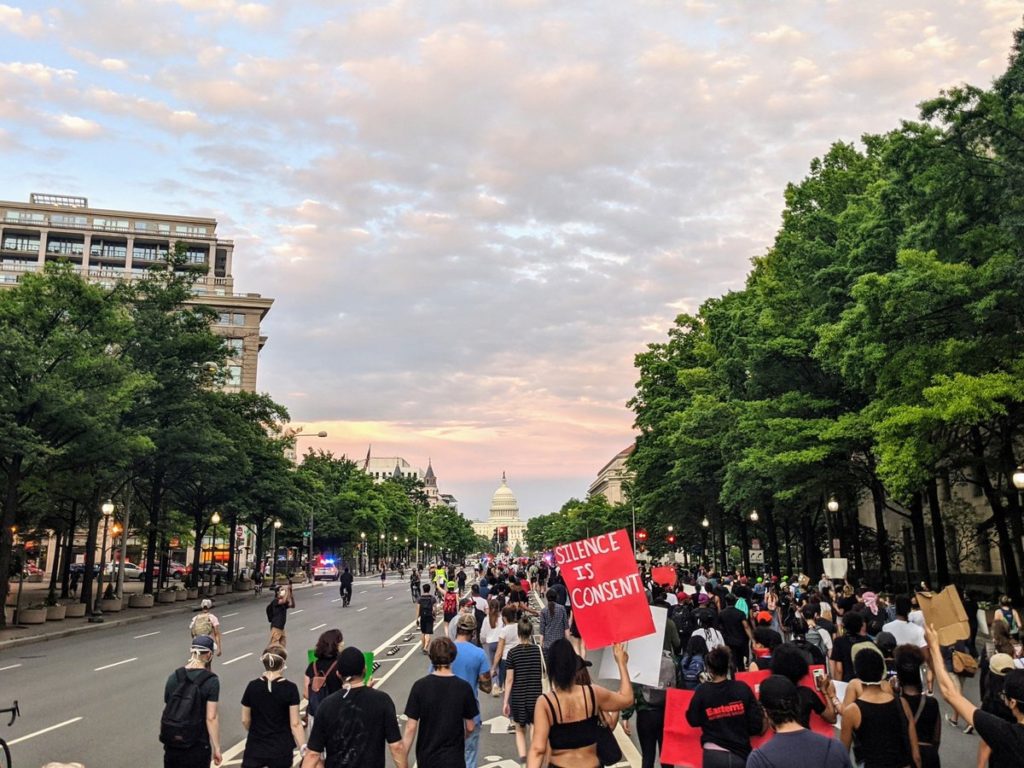 ….good practice.” As you saw last night, they were very cool & very professional. Never let it get out of hand. Thank you! On the bad side, the D.C. Mayor, @MurielBowser, who is always looking for money & help, wouldn’t let the D.C. Police get involved. “Not their job.” Nice!

“Today, Mayor Muriel Bowser and the Chief of Police Peter Newsham responded to the President’s tweets about protests in Washington, DC.

Below are the Mayor’s remarks, as delivered.

Good afternoon. I want to briefly address the President’s tweets, and then we will take questions.

I am joined today by the Chief of Police Peter Newsham, the City Administrator for the District of Columbia Rashad Young; I’m also joined by Ward 6 Councilmember Charles Allen and At-large Councilmember Anita Bonds.

I want to be very clear: My police department in Washington, DC will always protect DC and all who live and visit here.

In fact, that is exactly what we did yesterday and last night.

No one needed to ask the Metropolitan Police Department to get involved, because we were already involved. Our police were doing their jobs from the start.

MPD, the U.S. Park Police, and the Secret Service coordinated throughout the evening and night, and at no time was the Chief of Police concerned about losing control of protest activity in Washington, DC.

I want to also be very clear: there is no police department in the nation better prepared to safely support Americans exercising their First Amendment rights than the Metropolitan Police Department. And this is well known.

As we go forward, I call upon our city and our nation to exercise great restraint even while the President tries to divide us.

Our nation is grieving the murder of George Floyd and every Black person who has been killed by an unjust and unfair system.

We are grieving hundreds of years of institutional racism – systems that require Black Americans to prove our humanity just for it be disregarded.

People are tired, sad, angry, and desperate for change.

And we need leaders who recognize this pain and in times of great turmoil and despair, can provide us a sense of calm and a sense of hope.

Instead what we’ve got in the last two days from the White House is the glorification of violence against American citizens.

What used to be heard in dog whistles, we now hear from a bullhorn.

So, to everyone hurting and doing our part to move this country forward, we will look to ourselves and our own communities for this leadership and this hope.

Our power, we know, is in peace, in our voices, and ultimately at the ballot box.”