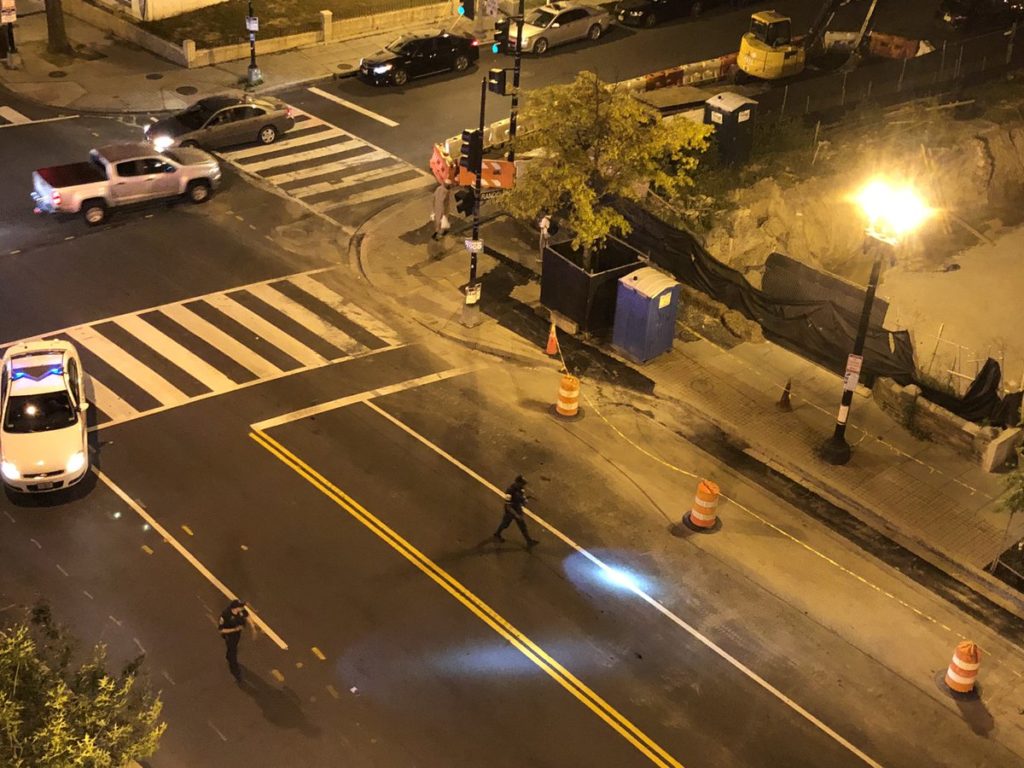 “On Friday May 29, 2020, at approximately 2130 hours, Fourth District units responded to the 3700 block of Georgia AVE NW, in reference to a call for Sounds of Gunshots. While canvassing the area, they located 1 adult victim, with injuries to the head. The victim was conscious and breathing, suffering from non-life threatening injuries, and was transported to an area hospital for treatment. The only lookout we have at this time, is for several juvenile males.

One reader reported: “Woman in car was shot through windscreen in face (by crossfire?) and drove around the corner to that park to call for help (my friend called 911 for them). Miraculously conscious. She witnessed multiple shooters”

“Last night at approximately 10:38 pm in the 400 block of 2nd St NW, a shooting occurred with non life threatening injuries. Approximately three to four black males suspects, with short dreadlocks and wearing blue jeans, approached a vehicle with occupants who were stopped and congregating with them and then shot at the vehicle. The occupant in the front passenger seat was shot and another male on foot was shot as well. On scene a pistol was recovered inside of the vehicle, and one individual was arrested for Carrying a Pistol without a License.

Additionally, at approximately 11:04 pm, four black female suspects walked up to a victim sitting on a bench in the 100 block of N St SE and sprayed him with mace and stabbed him once in the back. Four suspects were arrested on the scene. Injury to victim is non life threatening.”

And to top it off – reports of a very loud boom heard all over the place but mostly NoMa, Truxton, Bloomingdale, H Street, NE and parts of a capitol hill.