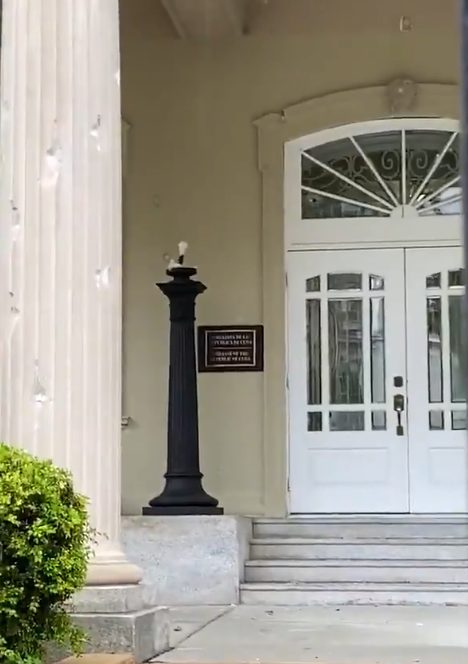 Yesterday we reported shots fired at the Cuban Embassy by a man with an assault rifle.

From MPD: “The Metropolitan Police Department (MPD) and the U.S. Secret Service (USSS) announce an arrest has been made regarding multiple shots fired in the 2600 block of 16th Street, Northwest on Thursday, April 30, 2020.

At approximately 2:10 am, members of MPD’s Third District responded to the listed location in reference to the sounds of gunshots. Upon arrival, MPD members located a subject with an assault-style rifle. The subject was immediately taken into custody without incident and the weapon was recovered. No injuries were reported at the scene. The investigation indicates that the subject was shooting toward a foreign embassy building located in the block.

On April 30, 2020, 42 year-old Alexander Alazo, of Aubrey, TX, was charged in U.S. District Court for the District of Columbia with a Violent Attack on a Foreign Official or Official Premises Using a Deadly Weapon, Interstate Transportation of a Firearm and Ammunition With Intent to Commit a Felony, and Willfully Injuring or Damaging Property Belonging to or Occupied by a Foreign Government in the United States. This case remains under investigation with the USSS with assistance from the Bureau of Alcohol, Tobacco, Firearms and Explosives and the Diplomatic Security Service. Anyone with information should call the USSS at 202-406-8800.”

Thanks to Ryan for sharing the video of the damage: