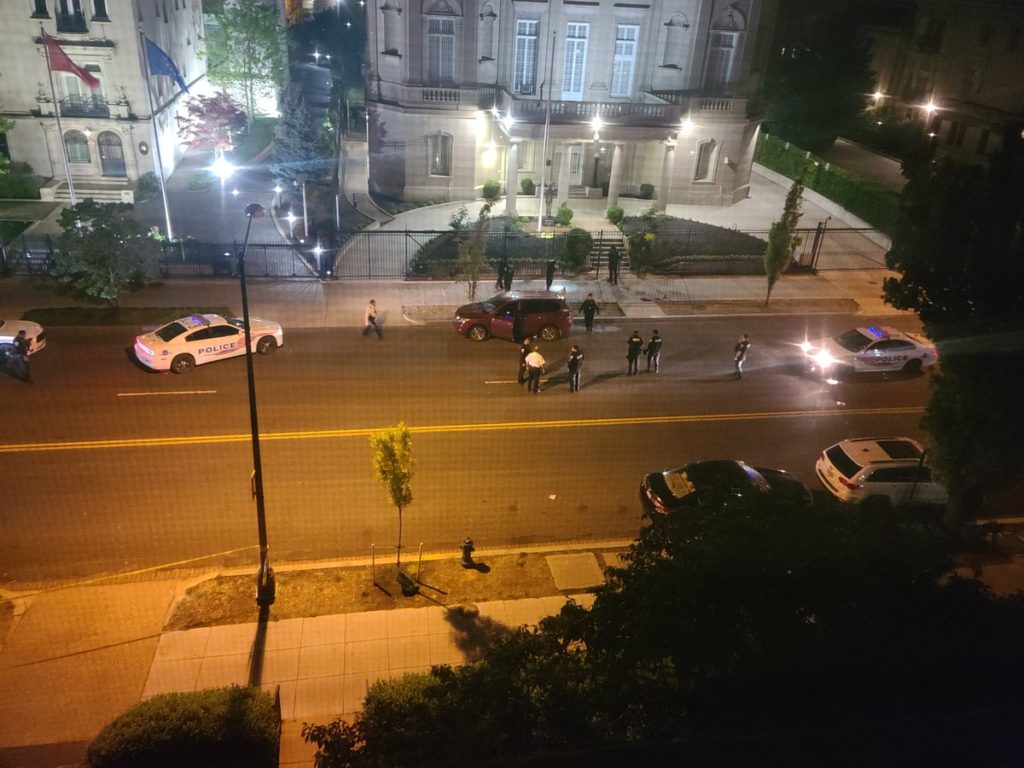 Thanks to all who messaged us. Just when you think…

THEHAUGE6 reports: “@PoPville There was a shooting outside the Cuban Embassy in the 2600 block of 16th St NW around 2:15 AM. Police arrived extremely fast and arrested one man with a rifle.”

One reader reported to us via email: “10+ shots fired at 2:10am. I couldn’t sleep and just heard a LOT of gunshots and now can hear police cars and ambulances. I live on 16th and Euclid.”

Another: “a man shouting something about being a US citizen. That was the loudest thing I’ve ever heard.”

Another: “Heard what sounded like at least 20 gunshots and now there’s a huge police presence on 16th in front of the Cuban embassy with yellow tape on both sides of 16th st”

“Early this morning, MPD units responded to the 2600 block of 16th Street NW in reference to the sounds of gunshots. The officers arrived on scene and located a subject with an assault style rifle. The subject was immediately taken into custody without incident and the weapon was recovered. Our initial investigation is indicating that the subject was shooting toward a foreign embassy building located in the block.

MPD and the US Secret Service are continuing to investigate. Motorists and pedestrians can expect road closures in the area as we investigate.” 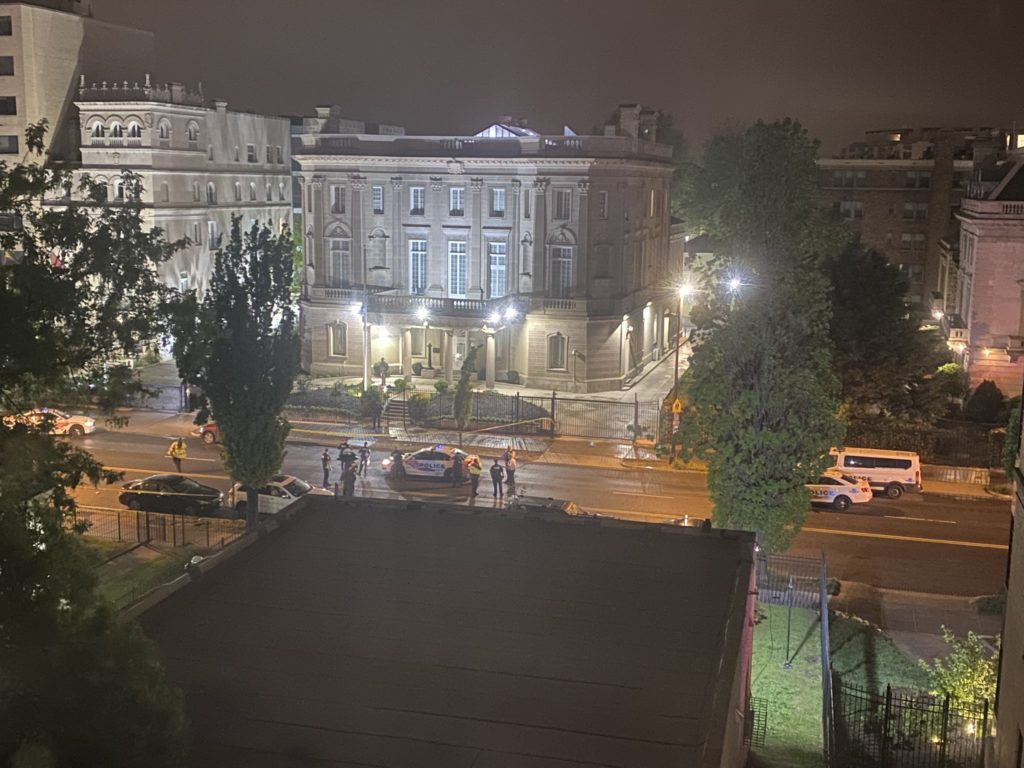 Sean reported: “Woke up to this, huge police presence earlier, saw @DCPoliceDept tackling someone and cuffing in middle of 16th st NW.” 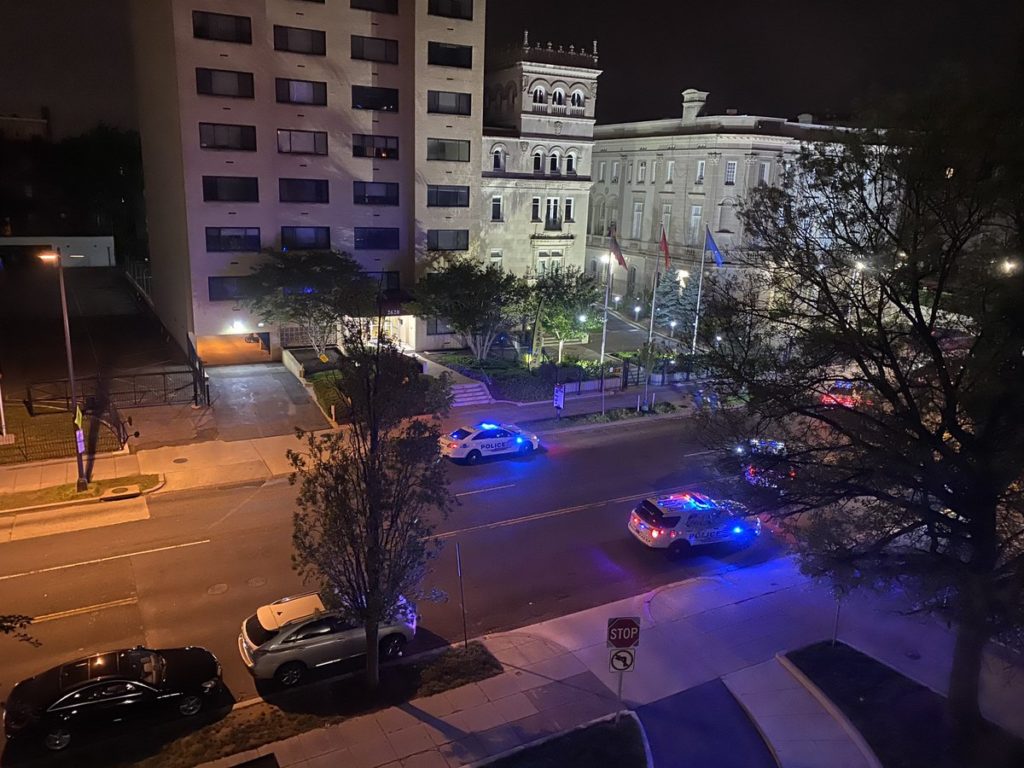