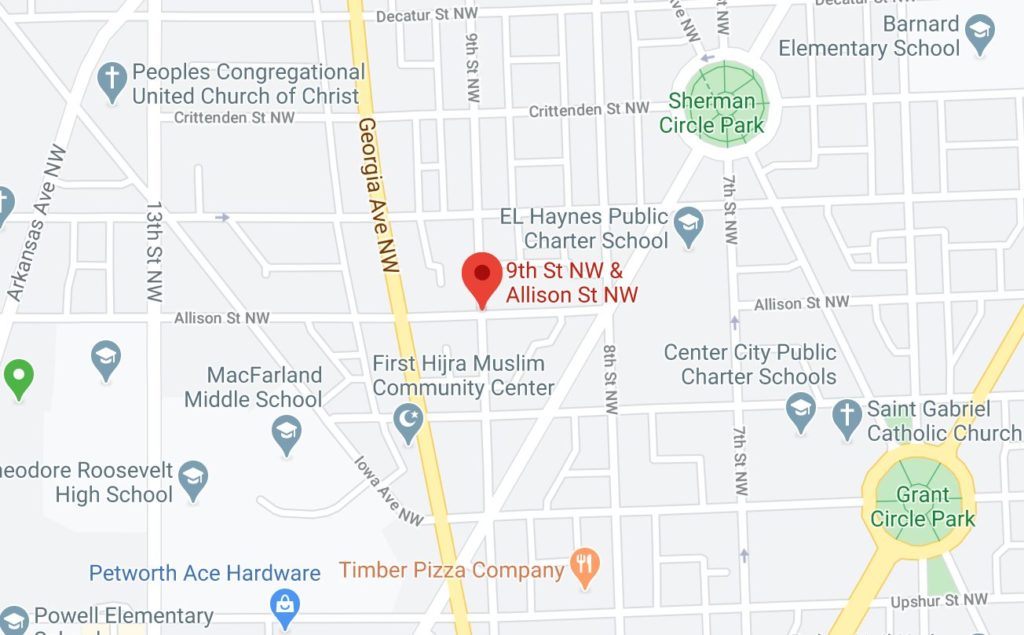 Thanks to all who reported to us @PoPville on twitter hearing from around 8th and Varnum Street, NW. Though one resident reported: “Two cars were speeding down 800 b/o Buchanan and went South down 9th shooting.”

“On April 8, 2020 at 800 pm, the Fourth District had multiple sounds of gunshots reported as two cars chased each other firing shots.

At this time, there have been no complainants or victims that have come forward however evidence is currently being collected and this incident is under investigation. The lookout is for two SUVs; 1 white Infinity Crossover, and 1 silver Nissan Murano.

more stories
Previous
It’s a Passover/Easter Miracle – Washington Sports Club “your membership will be put on freeze — at no cost to you — going forward while we are temporarily closed.”
Next
New Order From the Mayor: “no farmers’ market may operate unless issued a waiver”