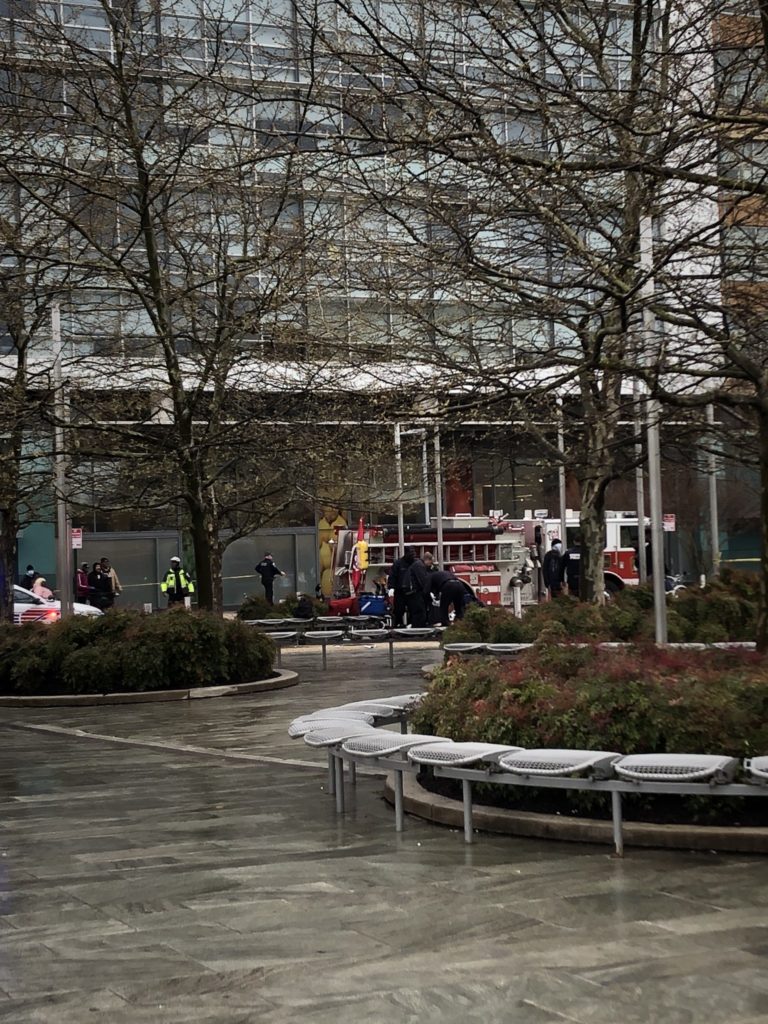 Cassie writes: “person being taken away in an ambulance and 7+ cop cars outside of Waterfront metro in SW. Any idea what happened?”

“PROBABLE FATAL SHOOTING— 4th St at M St SW-DC near the Safeway grocery store and Waterfront Metro. Search in progress for a suspect.”

“Detectives from the Metropolitan Police Department’s Homicide Branch are investigating a homicide that occurred on Wednesday, March 25, 2020, in the 1100 block of 4th Street, Southwest.

At approximately 5:23 pm, members of the First District responded to the listed location for the report of a shooting.

Upon arrival, officers located an unconscious adult male suffering from a gunshot wound. DC Fire and Emergency Medical Services responded to the scene and transported the victim to an area hospital for treatment. After all life-saving efforts failed, the victim was pronounced dead.

The decedent has been identified as 21 year-old Marquis Osborne, of Southwest, DC.