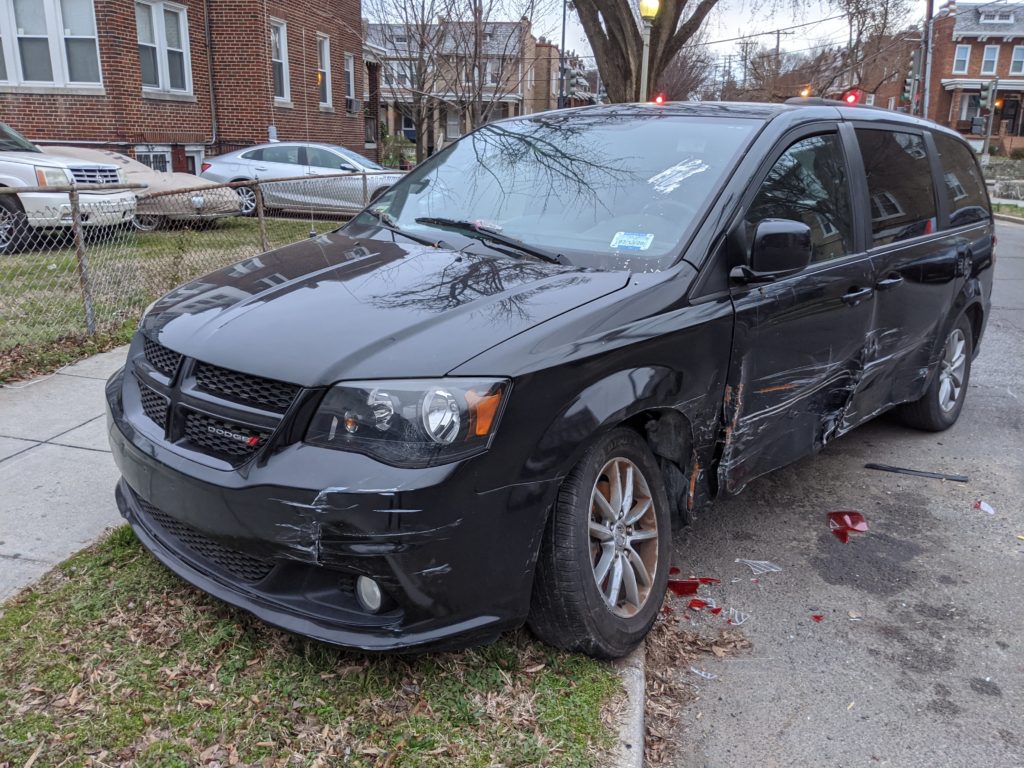 Last night my wife and I heard what sounded like two cars hitting each other. Turns out it was a car swiping the side of a minivan. But when I went outside seconds later, I found a white sedan collide head-pn into the parked minivan and then drive off into the alley, followed by another car. I called the police and gave them a statement, and I suggested that it looked intentional.

Fast forward to this morning, the car that we see in the pictures was not on the curb when the officer and I left the scene. The officer suggested it may be a domestic dispute i.e. angry BF/GF seeking revenge. But our neighbors have a theory that it could involve insurance fraud. The car was hit several times to make sure it was totaled. Haven’t seen anyone come to the car yet, but I’ve never seen it parked here. If you see a white sedan, possibly a Crown Vic or similar make and model with damage to the front of the car (broken headlights), please report it to the police!”

More Stories
“It truly brought me so much joy.”“Top 10 Lost Items in DC Uber Rides” (Spoiler they’re exactly what you think they’d be but I need a break from crime and coronavirus)