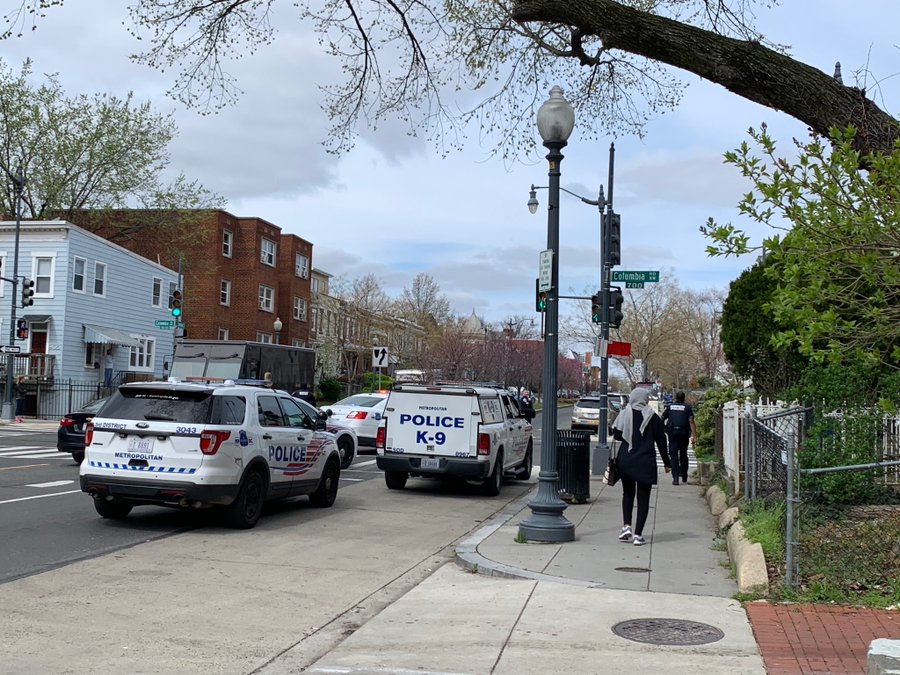 “At approximately 1:30pm, an MPD detective in the area of 14th and Irving street observed 2 individuals exit a vehicle and begin firing handguns. At this time, we have not located any shooting victims or individuals alleging to have been shot at.

The individuals re-entered the vehicle and attempted to flee the area. Multiple units from the 3rd District attempted to stop the vehicle, but it refused to stop. Ultimately, the vehicle stopped in the 700 block of Harvard Street NW when 1 subject was quickly apprehended. A handgun was recovered at that scene.

The second subject fled the area on foot and a perimeter was established. MPD Air Support and K-9 units responded to assist with the search for the second suspect who was ultimately apprehended in the rear alley of the 700 block of Columbia Road NW. A second firearm was recovered in that location.

We are continuing to investigate this incident however 2 individuals and 2 handguns have been taken off the streets.”

More Stories
“I am sure this scene is playing out in shuttered parks across the city.”“I need a recommendation for a DC-barred attorney specializing in boundary disputes involving property lines.”